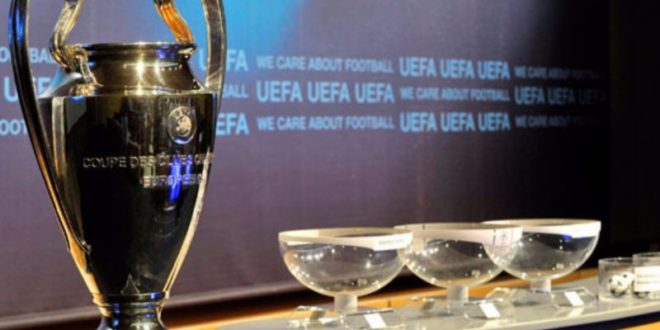 The quarter-final draw for the Champion’s League has thrown up some interesting and thrilling ties, all of which could be won by either team, and after the dramatic and exciting score lines from the last 16 matches, we will be hoping for more of the same when the competition returns on April 11th.

While the international break will halt domestic football for two weeks, it’s a good time to remind of ourselves of the ties, what we can look forward to, and attempt to predict who will take a step closer to Cardiff on June 3rd…

The first leg of this mouth-watering tie will be played in Turin where Juventus will be looking to build a lead to take to the Nou Camp and avoid conceding an away goal – but as we all know, this will be easier said than done against a Barcelona side who came back from 4-0 down on aggregate to beat PSG.

This match is a repeat of the 2015 final which Barcelona won 3-1. In the four times the teams have met in this competition, the Nou Camp club have won three out of the four matches dating back as far as 1986. 17 goals have been scored in those four games, 10-7 to Barcelona, the neutral will be hoping the teams add a few more to that tally on April 11th.

Messi versus Buffon will be a great match-up, the Italian goalkeeper will be playing his 111th European game for Juventus. Suarez and Neymar against ‘The Old Ladies’ dogged back four – the contests all over the pitch will make fascinating viewing.

Verdict: Tie of the round aside from Bayern Munich against Real Madrid. Prediction: It will be close and Juventus will not fear their Spanish rivals but Barcelona to edge the match 3-2 on aggregate.

Borussia Dortmund and Monaco have never played each other in the Champion’s League so there are no previous matches to compare, but one fact is for sure, with Monaco’s attacking ability and Dortmund’s experience of European quarter-final appearances, it is going to be a thrilling encounter.

The French league 1 side have not lost at home in this season’s Champion’s League. Their game against Manchester City in the last round of matches has shown everyone they mean business with their impressive goal scoring ability. However, their defensive back line could be exploited by an experienced German team.

Dortmund’s record in the Champion’s League over the last two years is very impressive, they have only lost one match at home since the start of last season, and just three away. On this evidence, Monaco will have to display their imposing attacking skills once more.

Verdict: A match up of free flowing forward play against an accomplished German team. Prediction: Monaco could easily get battered at the back but equally score a couple of goals, however Dortmund’s experience will get them through and they will win 4-3 on aggregate.

A rejuvenated Leicester City since the sacking of Ranieri, against a team who has never lost at home to English opposition, this match will make very interesting viewing. Having surprisingly yet superbly knocked Sevilla out of the competition in the last round, Leicester will be looking to do the same when they take on their next Spanish opponents who are below Sevilla in La Liga. With their attacking ability and revitalised team spirit under Craig Shakespeare, anything is possible for The Foxes.

Atletico Madrid however won’t take Leicester lightly and they have more than enough talent to overcome the English champions. They may be off the pace in the La Liga title race, currently in forth, but unlike Leicester, they are not having to put extra energy sapping efforts into a relegation battle. Out of 34 matches played at home, Atletico have won 28 and have already beaten Leicester in the 1997/98 UEFA Cup and the 1961/62 Cup Winners’ Cup. With Griezmann and Gameiro for the Spanish side, along with Vardy and Mahrez in the Leicester line up, we should expect great attacking play. However, in a disappointing domestic campaign for both teams, this could be a cagey affair as these two clubs look to Europe as a last-ditch attempt to end the season on a high.

Verdict: A fascinating tie as both teams compete for their last chance to win silverware. Prediction: Unknown territory for Leicester but they won’t fear Atletico Madrid who will be weary of their challenge. 3-1 to Atletico Madrid on aggregate.

Two clubs with great European history, they have played some classic matches over the years and this one should be no exception. Robben, Lewandowski, Ronaldo, Bale – these four players alone will make this tie a fantastic spectacle. 64 goals have been scored by both teams in the 22 matches they have met in, the above four players will be looking to add to that tally with fast skilful attacking play which we have all come to expect and enjoy from these two great clubs.

Having opened up a 13-point lead in the Bundesliga, Bayern may feel the more relaxed as Real Madrid are still in a battle with Barcelona for top spot in La Liga, but one thing is for sure, the German team will not rest on their laurels. Both sides will want this fixture to live up to expectation and put on a show for the footballing world.

Verdict: Other than Juventus against Barcelona, this tie really could be the special spectacle match of the round with goals, skill and players to admire. Not to be missed. Prediction: Both teams will want to entertain, attack and win, it could go either way and it will be close. It may be the only tie to end in a draw over both legs. I see a repeat of the 2011/12 semi-final, 2-1 home wins to each team, 3-3 on aggregate, Bayern Munich win on penalties.

Eight teams, four matches and 88 players who will all want to take one step closer to the Millennium stadium final. The quarter-final draw has thrown up some interesting, exhilarating, action packed ties that will entertain the footballing world. Roll on April.