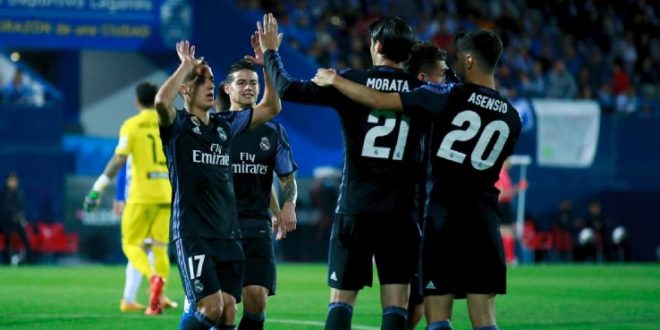 Real Madrid finished the 2016/2017 season with a La Liga title and their third Champions League title in four years. They became the first team since the competition changed from the Champions Cup to the Champions League to win it two years in a row. Even Barcelona’s 2011 Pep Guardiola team, who were heralded as perhaps the best club team ever couldn’t achieve that and the current Barcelona trio of Messi, Suarez and Neymar also haven’t been able to win two in a row. However, it could be argued that their league title win was just as surprising as retaining the Champions League as it was their first league title since the 2011/2012 season under Jose Mourinho. There is an argument to suggest they have underachieved in that time, but they had to contest with one of the top three club sides of the past 10 years (possibly best) in Barcelona and we can’t forget Atletico Madrid who also won a league title during that time and are always a tricky game for Real Madrid. So how did Zidane manage to retain the Champions League and beat Barca and Atletico to the league title in the same season?

Zidane used a squad rotation system where he managed to put his incredibly strong squad to good use. Teams always use a bit of squad rotation throughout the season, but this wasn’t just resting players for the occasional cup games. In the second half of the season Zidane was using two completely different line ups in games and they were both winning. Players like Isco, James Rodriguez and Morata were able to shine without being overshadowed by the likes of Benzema, Modric and of course a certain Cristiano Ronaldo. It was like when you play Sunday league as a kid before you’re old enough for eleven a side and you have an A team and a B team. It got to a point in Real Madrid’s season where people really questioned whether the so called ‘second’ team were actually better than the main team. These questions were fair as the second team dominated most of the games they played, with them getting a 6-2 victory over Deportivo and an easy 4-0 win over Granada. It made for interesting statistics at the end of the season with Isco having 18 starts in La Liga, Kovacic having 19 and Danilo had 17 which is a lot for supposed squad players. Yes, some of those appearances come through injuries to other players, but a fair amount come from the squad rotation in the second half of the season. A usual guaranteed starter in Ronaldo had the most La Liga starts for Real Madrid this season with 29 and if you compare that with Barcelona they had five players who had more starts in La Liga than Ronaldo. All this helped Zidane’s team remain fresh for the important games towards the end of the season. Which allowed them to beat Atletico Madrid and Juventus in the Champions League and the likes of Sevilla and Valencia in the league to lift both trophies.

When a team wins the Champions League they automatically get put into the FIFA Club World Cup, which takes place in December of the same year as the Champions League win. In 2014 Carlo Ancelotti’s Real Madrid team won the Champions League and from September of the 2014/2015 season they went on a 22-game winning streak in all competitions that culminated in winning the Club World Cup. However, after the Club World Cup they had a sharp downturn in form which led to two losses in a row (one in La Liga and one in the Copa del Rey) and a couple more before the end of the season just as Barcelona were starting to click. This led to Real getting knocked out of the Champions League and losing the league title to Barcelona. It’s hard to say what exactly was the reason for this, but it could be partly down to tiredness as they lost their winter break because they were playing in the Club World Cup. Also, a lot of Real Madrid players were busy in the summer before the season started because of the World Cup so they didn’t get a long break there either. As they won the Champions League last year and then they had the Euros in the summer they were in a similar situation this season as they were in the season that I just mentioned. I think Zidane thought about that season and that’s why he went with this squad rotation system to avoid the same tiredness from two seasons ago. It clearly made a difference for players like Ronaldo as he faded in 2015 and people questioned if he was still one of the best, but this season he was incredible towards the end of the season scoring hat tricks in both the quarter final and semi-final of the Champions League not to mention a brace in the final.

The biggest question for Zidane and Real Madrid for next season is can they keep this going? Not just the success, but can they keep the players happy? The fringe players at Madrid get a lot more game time than fringe players do at most clubs, but their squad is so deep that some of these players would be considered starters at plenty of big clubs. Let’s look at James Rodriguez, who scored 8 goals and got 6 assists in the league whilst only starting 13 games (and coming off the bench 9 times). James would be one of the most important players if he was at Manchester United and he would probably play ahead of Ozil if he played for Arsenal.  Yet he couldn’t even get onto the bench for the Champions League final. As for Isco he broke into the first choice eleven in the latter stages of the season, partly because of his great performances but also because of the injuries Bale suffered. Isco is the sort of player that most other big clubs could build around, but at Real there will be big questions about who should be starting when Bale is healthy again. Morata on the other hand has scored more league goals than first choice striker Benzema in less games, but when it comes to the big games Benzema is always in the line-up. That’s where the problem is for these players, it’s the big games, it’s not about game time as nobody at the club is getting an incredible amount of game time, but it’s the fact that as soon as the games against Barcelona or the Champions league knockout games come about players like James Rodriguez and Morata miss out. It’ll be interesting to see in the summer if Madrid will be able to keep these players as they may keep Isco because of his late season run in the team but Morata and James Rodriguez might be looking elsewhere.