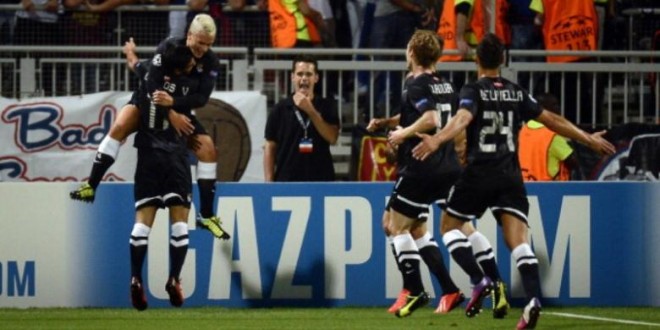 Of the 30 goals scored in the 10 Champions League qualifying matches played over the past couple days, the pick of the goals easily came from the Olympique Lyon – Real Sociedad tie with Sociedad’s Antoine Griezmann netting a spectacular bicycle kick to open the scoring in Sociedad’s impressive 2-0 away win (Major cohunes needed to even attempt the effort).