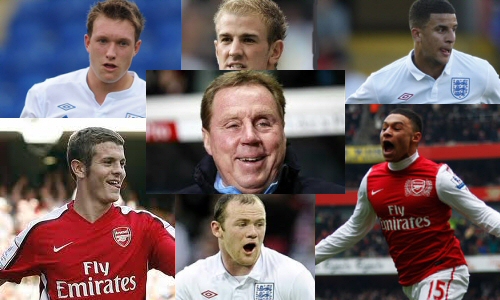 So it looks inevitable that Harry Redknapp will become England manager one day (unless Roy Hodgson gatecrashes the party and becomes even more unpopular). He’ll probably take charge at the end of the season, and so we’ve tried to predict the 11 players he’d do well to pick.

We’re aware that the teams lacking a lot of experience, apart from Rooney, Parker and Baines (Hart too, to some extent), so maybe Jones could drop to the bench to be replaced by an older head… but not John Terry, please.

Hopefully with a new manager and new set-up at the England camp some of the older players can be squeezed out (Rio Ferdinand, John Terry, Steven Gerrard, Frank Lampard) – they all seem to be guaranteed to be included, for the past 10/15 years at least. I can understand if Gerrard is still knocking around the England set up but I’d be disappointed to see any of the others around.

Oh, and I’d make Scott Parker captain. He’s no-nonsense, works his socks off, never seems to be bothered by the media or involved in daft stories, and is of course a top top player too. Hopefully Harry will favour him too, having managed him for the past few seasons at Spurs.

Other players that I’d like to see included are Darren Bent, Gabriel Agbonglahor, Danny Wellbeck and Gareth Barry (maybe). I don’t want to see Stewart Downing involved, unless miracles happen at Liverpool and he turns into a decent player. I’ve probably missed out a shedload of players, because this is done off the top of my head pretty much, so don’t quote me on it and feel free to suggest any other players that you’d like to see included in the future England matches.

Oh yeah, and if England want to do well then the media need to get off their backs. Stuart Pearce was made England caretaker manager for all of 5 mins before the Daily Mail was bringing up stories of FA hypocrisy due to Pearce allegedly having some previous racist connections. They need to support the whole England setup, and stop causing trouble. They led to the issue with John Terry, and then see where that got us. Apparently France have a similar attitude with their media – and look where thats got them. 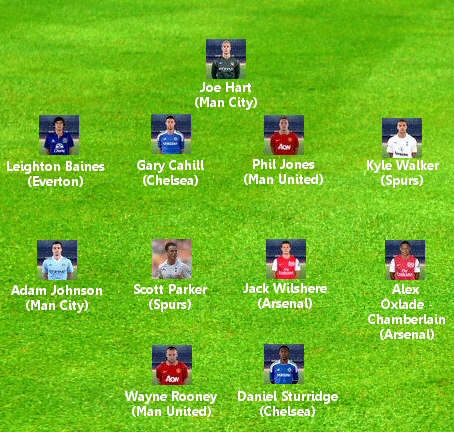 What do you guys think? Who’ve we blatently missed out? Let us know by leaving a comment below.