Home » News » If Ronaldo leaves, Who replaces him? 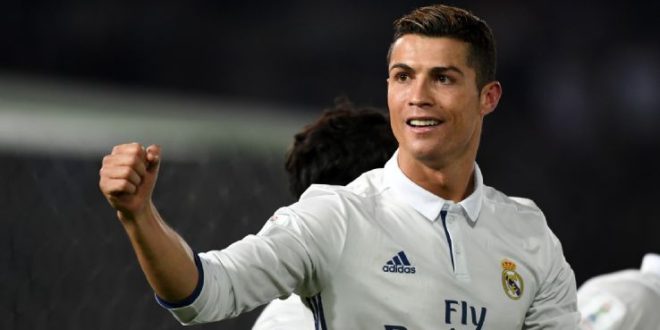 At the back end of last week, the football world was shaken by the announcement that the four time Ballon d’Or winner Cristiano Ronaldo allegedly wants to leave Real Madrid. This supposedly came about because of the way Ronaldo feels he’s been treated amidst the tax fraud allegations he’s facing. The Real Madrid president Florentino Pérez did come out to defend him but it may not have been enough to convince Cristiano to stay in Spain. Whether Ronaldo does leave or not is still up in the air, but if he does go, Real Madrid will be losing not only one of their best ever players but one of football’s best ever players. With having to contend with Barcelona (who have one of the best ever players themselves) they will need to replace their main man but with whom? Let’s look at some of their best options. 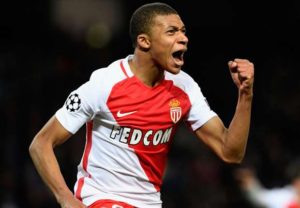 Mbappe has been one of the most talked about players this summer after his title winning displays last season for Monaco. This is a player who might come to Real Madrid this summer regardless of what happens with Cristiano. As he’s been heavily linked with the La Liga champions long before the Ronaldo situation surfaced. If the Real Madrid number 7 does leave, however, the likelihood of this move increases as it will guarantee Mbappe more game time which could help convince the Frenchman to make the switch to Madrid. Last season was really a coming out party for Mbappe as he helped Monaco end PSG’s dominance in Ligue 1 and help get them to the semi-final of the Champions League. He drew comparisons to the iconic Thierry Henry with his fantastic mix of pace, dribbling ability and finishing. However, it may be too soon to expect him to fill the huge gap that Ronaldo would leave behind as at 18 years old he is not yet the finished article. He also only just became a guaranteed starter for Monaco last season and may not have enough experience at the top level to sufficiently replace a Los Blanco’s legend like Ronaldo. He does have youth on his side though being the youngest player on this list so if Madrid are looking to replace Ronaldo long term this could be the best option. 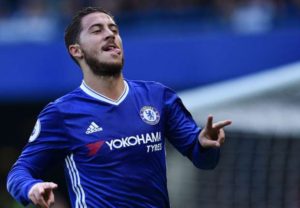 Hazard is another player that has been linked with Real Madrid in the past and could be a perfect replacement for Ronaldo. Hazard has been one of the Premier League’s best players for a while now and last season might have been his best for Chelsea. As he scored 16 Premier League goals to help the blues achieve their second title in three years. If Real do manage to make the dealhe would fit perfectly with their galacticos signing policy as he is widely known and will be very expensive. He may not want to leave Chelsea though as he seemed to thoroughly enjoy himself last season playing in a system that allowed him much more freedom as well as less defensive responsibilities. Without Ronaldo, he would be able to play in the left-wing position where Cristiano usually occupies (when he doesn’t consider himself a striker) and hopefully they’d allow the Belgian to have a similar level of freedom as they allow Ronaldo. This wouldn’t be a like for like change however, as Hazard and Ronaldo have very different styles of football. As nowadays Ronaldo has poacher like tendencies and focuses on putting the ball in the back of the net whereas Hazard likes to get the ball earlier and dribble past players to either score himself or set up a teammate. This could be a problem as even though Hazard could get a decent goal tally at Madrid he is not an out and out goal scorer and he’s never been relied on to be the main goal scoring threat for his team. So, Real Madrid would be replacing their best goal scorer with someone whose talents lie elsewhere. This doesn’t mean they definitely shouldn’t go for him, though it just means that if they do, they may have to reorganise their attack so more goals come from the likes of Benzema and Bale. 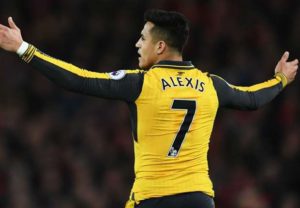 This is a more surprising option than the previous two as Real Madrid haven’t been linked with Sanchez at all this summer. However, Madrid should seriously consider looking at him as he is arguably the most well-rounded player on this list and perhaps the most unsettled at his current club. Alexis has been looking like leaving Arsenal before last season even ended as he looked visibily frustrated at times for the Gunners this year. It seems like he is unhappy with Arsenal’s inability to challenge for the league title and properly compete in the Champions league. This wouldn’t be an issue at Madrid as they challenge for both of them pretty much every year and you can imagine that next season will be no different. As for replacing Ronaldo, he might be the most qualified player on this list so far to achieve that as he has previous experience of playing in La Liga (more on that later) and he had arguably a better personal season than Mbappe and Hazard. He scored and assisted more goals than either of them even though they both played in title winning sides and he was playing in a team that didn’t have a great season. Is he as good as Ronaldo? No, but it would be pretty much impossible for them to replace Cristiano with someone who’s just as good as him and Alexis is a wonderful player with great technique, but who will also work hard to press and will be willing to track back on defence. The problem with this deal would be that Alexis Sanchez is a former Barcelona player and it would probably anger a lot of Barca fans seeing their ex player moving to their most hated rivals. Alexis might not mind however if he gets his hand on plenty of trophies. 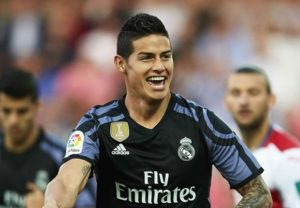 Real Madrid might not have to spend big money to replace Ronaldo, instead they could use a great player who’s already at the club but doesn’t get enough first team football. James Rodriguez got an okay amount of football last year because of Zidane’s squad rotation, but he was never considered a regular and famously didn’t even make the bench for Real Madrid’s Champions League final clash against Juventus. It’s been looking all summer like he’s leaving Los Blancos, but it seems the main reason for that is because of his lack of first team opportunities. However, if Ronaldo leaves his amount of opportunities will increase and it’s not like he’s not getting in the team because he’s not good enough. He’s shown enough in his time in Madrid to suggest that he is good enough to play regularly at that level with only 13 league starts (and 9 sub appearances) this season he still managed to score 8 goals, so if he got a substantial run in the team he might come up with an impressive goal tally. They maybe should try with James Rodriguez as a starter next season and see how it goes and if he doesn’t work they can look elsewhere next season as that’ll be better than selling a potential superstar in Rodriguez before giving him a fair shot. It would also allow Madrid to focus on strengthening other areas of the squad this transfer window, instead of spending the entire window looking for someone to replace Ronaldo. Real Madrid like making their big money galactico signings so it’s unlikely they’ll consider this but they should remember that a few years ago Rodriguez was classed as a galatico signing himself.

I’m sure Real Madrid will want Ronaldo to stay as he showed last season that he is still one of the best players in world football. However, if the unthinkable does happen and Ronaldo does leave Madrid then one of these four could be a very capable replacement and they’re just a few options to consider as Real Madrid have the finances and reputation to attract most of the greatest players in the world today. Whatever happens this is going to be a really interesting summer for fans of the Spanish champions.