Brilliant goal scored by Wayne Rooney in the FA Cup 3rd round match between Man City and Man United. Rooney knocked the ball out wide to Valencia who put in a lovely first time ball, with Rooney bravely jumping to head using the back of his head, with the ball going in the top corner off the underside of the crossbar. The goal came against the run of play as City had been dominating, but Vincent Kompany was since sent off for a debatable 2 footed tackle on Nani. 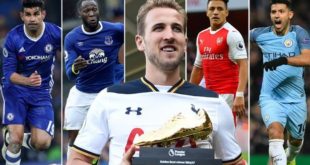