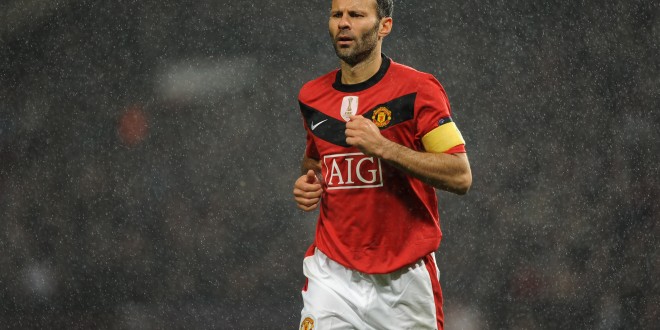 Giggs looks set to become only the forth outfield player to play in the Premier League at the age of 40, following in the footsteps of Gordon Strachan (40 years, 83 days), Kevin Phillips (40 years, 89 days but still playing) and Teddy Sheringham (40 years, 272 days) when Man Utd take on Spurs on Sunday.

He has played 1,021 career games (and counting) for Manchester United, Wales and Great Britain but has absolutely no plans of retiring yet, even though his contract is up at the end of the season.

There is no doubt that Giggs has still got it. The Welshman rolled back the years as he inspired United to a 5-0 Champions League win away at Bayer Leverkusen on Wednesday night.

Giggs has come a long way since he made his debut for Manchester United in 1991, coming on as a  substitute in a 2-0 defeat to Everton at Old Trafford on March 2, 1991. His United starting XI that day you ask? Les Sealey, Denis Irwin, Mal Donaghy, Gary Pallister, Lee Martin, Darren Ferguson, Paul Ince, Clayton Blackmore, Lee Sharpe, Brian McClair and Danny Wallace.

Off the pitch, newspapers claimed that Giggs had “single-handedly revolutionised football’s image” when he broke through as teenager “with pace to burn, a bramble patch of black hair bouncing around his puppy pop-star face, and a dazzling, gluey relationship between his impossibly fleet left foot and a football.”

The most famous Ryan Giggs goal has to be his iconic winner against Arsenal in the 1999 FA Cup semi final(below). Giggs took a leaf out of Diego Maradona’s book by taking on the entire Arsenal defence. His skill and courage were rewarded as he beat four Arsenal defenders and smashed the ball past a helpless David Seaman to send United to Wembley, despite only having 10 men, and to a final which they went on to win.

United then went of to complete the treble by winning the Champions League in dramatic fashion against Bayern Munich (click link to watch). Giggs help to set up the equaliser with a some what scuffed shot, before Ole Gunnar Solskjaer scored the winner.

As Giggs moved into his 30’s he began to adapt as a player, maybe the reason why he is still playing today. Moving from an out and out left winger into mover of an inside left midfielder and even into central of midfield.

As mentioned, despite not having the ability to go out and win games by himself now, he is still a pivotal player in the United midfield, the creator, a wise head in there amongst a lot of the young talent.

This was no more evident that when in 2009 he won PFA Player’s Player of the year as well as the BBC’s Sports Personality of the year. He has also appeared in the Premier League team of the year no less than six times.

He retired from international football in 2007 but played for Team GB at the 2012 Olympics, fulfilling a dream of playing in a major tournament, something he regrettably missed out on with Wales.

How much longer can Giggs go on? He has said he has no plans to retire just yet and it must be presumed he will go on to eclipse the record for the oldest outfield Premier League player. With 953 games for United, can he make it to 1,000 before he finally calls it a day? 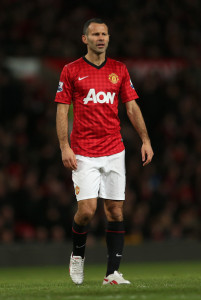