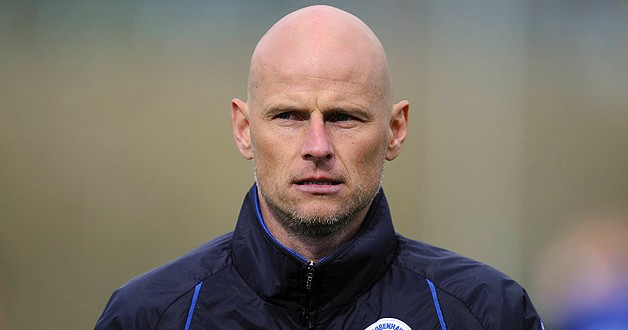 The last 23 years has been a historical period for Danish football, internationally, and nationally. It was 22 years ago, in 1992, that the former domestic football championship was rebranded the Danish Superliga, and it’s been 21 years since the national side remarkably, against the odds, won the European Championships.

The country has produced some of the world’s best players in the form of the Laudrup brothers, Michael and Brian, and Peter Schmeichel, who was one of the heroes during their Euro ’92 triumph, and had a long, successful career at Manchester United.

The Superliga is competed between twelve teams, and is one of the most competitive leagues in Europe and has been since its formation in 1991, with seven different winners of the title, two more than the English Premier League. Strangely, it is FC Copenhagen who have won the most Superliga titles (10), despite only forming in 1992, after Copenhagen-based clubs Kjøbenhavns Boldklub and Boldklubben 1903 merged in to one club.

Behind Copenhagen are their fiercest rivals, Brondby, who have six Superligas to their name. Aalborg follow with three, while Lyngby, Silkeborg, Herfølge and FC Nordsjælland , all have one each.

For those that follow the English Championship, you may remember Ståle Solbakken who was in charge of Wolves for eight months between 2012 and 2013. In August 2013, he arrived back at Copenhagen for his second spell, with the club sitting in 11th spot. During his first period in charge, he guided Copenhagen to five titles in his six years between 2005 and 2011. Currently, Solbakken’s Copenhagen sit in third, behind Aalborg in second and Midtjylland in first.

Another manager that has a long history in England as a player, and as manager, is Colin Todd. After having a successful career as a player, Todd went into coaching in 1991 with Middlesbrough and later enjoyed spells at Bolton, Bradford, and Derby, before heading to Denmark to manage small Danish side, Randers FC. After a short spell between 2007 and 2009, Todd returned in 2012 after the club gained promotion to the top flight, and Todd re-established his return with a third place finish in the league, and helped the club finish as runners up in the Danish Cup  after they were beaten 1-0 by Esbjerg.

At the end of the 2012/2013 season, Denmark’s national league had some very talented youngsters catching the eye of some of Europe’s biggest clubs. It made for a very interesting transfer window for those players and clubs involved.

Arguably, the biggest name to leave Denmark this summer was Andreas Cornileus, who departed his hometown club Copenhagen for English Premier League side Cardiff. However, the big striker, who currently has seven caps for his country, has struggled with injury since his arrival in Wales.

Nicklas Helenius is another one of Denmark’s young strikers to depart for the Premier League this summer, heading to Aston Villa from Aalborg, alongside Jores Okore who left FC Nordsjælland for Villa Park.

Cornileus, Helenius, and Okore join a growing population of Danish players in the Premier League, with Daniel Agger at Liverpool, Christian Eriksen who joined Tottenham from Ajax in the summer, and Arsenal’s Nicklas Bendtner.

But what is left for Europe’s bigger clubs to get excited about over the coming months?

As young Danish talent goes, Nicolai Jorgensen is one of Superliga’s hottest properties. The 22 year old Copenhagen winger possesses a quick turn of speed and could be on his way out of Denmark in the near future.

Rasmus Falk, the Odense attacking midfielder, could be in for a year of speculation if he performs well over the course of the season. At 21, he is still young, and his ability to play on either the wing or as a striker could be beneficial to many teams should they acquire him.

Finally, Brondby’s 6 foot 7 inch giant Simon Makienok has been impressing over the last couple of years in the Superliga. Brondby only managed 9th last season, but Makienok was able to score fourteen times, and has hit six this season. At 22, and as tall as Peter Crouch, Makienok might find himself attracting interest if his form continues.

Former Aston Villa defender Olof Mellberg, now 35, is currently playing for Copenhagen after leaving Villarreal at the end of the 2012/2013 season.

After a £9m move to Chelsea in 2006, Khalid Boulahrouz is now part of Brondby’s back line with the club comfortably placed 4th in the Superliga.

Finally, West Bromwich Albion supporters will most definitely remember Danish centre back Martin Albrechtsen, another member of Brondby’s defence and has been since 2012 after a three year spell at fellow Danish outfit Midtjylland.