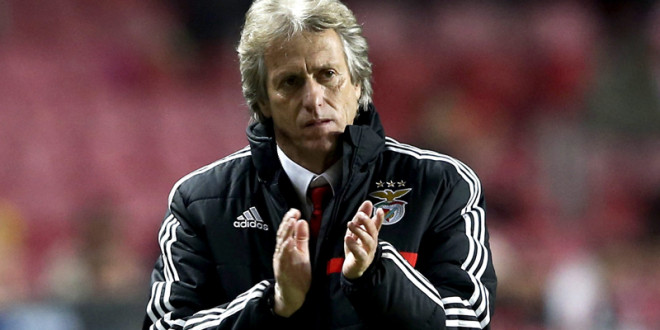 The Portuguese first division, the Primeira Liga, has been in establishment since 1934, and is currently in its 80th season. Before 1938, the Portuguese league was not considered the most important competition for club sides; it was in fact the Portuguese knock out cup that was more important, with the winner being crowned Portuguese Champions.

The Primeira Liga used to be contested between eighteen teams as recent as the 2005/2006 season, but after a reshuffle, the league now consists of only sixteen teams, with each playing thirty games over the season.

Benfica currently lead the way with the most Primeira Liga titles with thirty two, but have not won the league since 2010. Porto have won the title in nine of the previous eleven seasons, and currently have twenty seven league titles to their name. Sporting Lisbon last won the title in 2002, and that became their eighteenth league triumph. Belenenses and Boavista both have one title each, coming in 1946 and 2001 respectively.

As of the eighteenth of February 2014, all but one manager in the Primeira Liga is Portuguese. The odd one out is Italian Giuseppe Galderisi who took over from Paulo Alves at Olhanense in January 2014 after Alves was sacked for a very unsuccessful three months in the Algarve.

Jorge Jesus has guided Benfica to the top of this season’s Primeira Liga ahead of Porto and Sporting Lisbon after a run of only one defeat in the club’s first nineteen league games. Jesus has been in charge of the Lisbon-based club since 2009 and won the Primeira Liga title at the first attempt. In the same season, Benfica won the Portuguese League Cup, and did so in the following two seasons. Lastly, Jesus took Benfica to the 2013 Europa League final but could not overcome the might of Chelsea, losing 2-1.

After winning two successive titles, Vitor Pereira parted company with Porto and was succeeded by forty year old Paulo Fonseca in June 2013. Fonseca has had a mixed start to his Porto career, finishing third in Group G of the Champions League behind Zenit St Petersburg and Atletico Madrid with only five points. Porto also sit second in the Primeira Liga after nineteen games, four points behind leaders Benfica and one ahead of third placed Sporting Lisbon.

Nelson Oliveira is one of the best young Portuguese strikers around at the moment. The twenty two year old forward is currently on loan at Stade Rennais in France from Benfica. Oliveira has made ten appearances for the national side but has been unable to hold down a starting role since his debut in 2012. At 6 ft. 1, Oliveira provides a good aerial presence and possesses solid technical capabilities. However, Oliveira has struggled to score goals on a consistent basis at almost all of the clubs he has been loaned to, causing some concern for Portuguese and Benfica fans.

Andre Gomes is another player at Benfica who has the potential to have a successful career. At only twenty years old, Gomes has already a handful of games for the Benfica first team, despite many of them being last season. The central midfielder has represented Portugal at U-17, 18, 19, 20, and 21 level, making thirty five appearances in total.

Many of Portugal’s brightest youngsters have moved and currently play abroad, such as Bruma at Galatasaray, Bruno Fernandes at Udinese, and Tiago Ilori at Liverpool (currently on loan at Sporting Lisbon).

Former Everton defender Per Kroldrup is currently on the books of Olhanense. The Danish international signed for the Merseyside club in 2005 for £5m from Udinese, with whom he made ninety one appearances before his switch. Kroldrup only made one appearance in the 2005/2006 season and left Everton for Fiorentina after only one year in the Premier League.

Player turned manager Abel Xavier spent four years playing in the Premier League for Everton and Liverpool between 1999 and 2003. Remarkably, Xavier never returned to play in Portugal after he left Benfica for Italian side Bari in 1995, eventually retiring 2008 before venturing into management in 2013 with Olhanense. However, Xavier’s first attempt at management ended disastrously leaving Olhanense in October 2013 after only three months in charge.