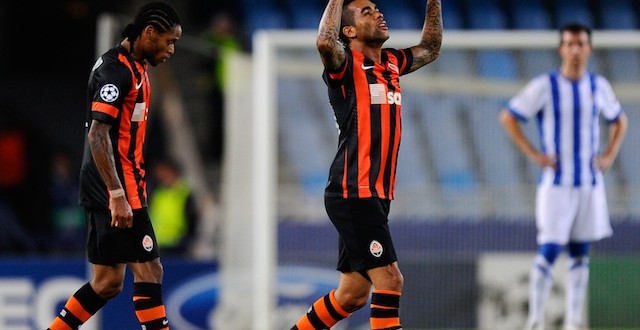 Before 1991, Ukraine was part of the USSR, and their domestic clubs played in the Soviet Championship. But since then, Ukraine has gained independence, and the Ukrainian Football Federation was formed, alongside the national league, The Supreme League. Then in 1996, The Supreme League joined forces with all the professional football leagues in Ukraine and together became members of the Professional Football League of Ukraine.

In terms of the national side, it is fair to say that since their first game in 1992, they have been making gradual progress on the international stage. The last time the national side was placed outside the top sixty in the world was in 1995, where they sat 71st.

The most notable name to come out of Ukraine is five time Ukrainian Premier League and one time Champions League winner Andriy Shevchenko, who represented Dynamo Kyiv, AC Milan and Chelsea in his career. Shevchenko had the honour of captaining the national side in 56 of his 111 caps, and scored 48 goals since his debut in 1995.

The newly formed Premier League consists of sixteen teams with the bottom two relegated, and the top five qualifying for European football the following season. The two most popular sides in Ukraine are that of Dynamo Kyiv and Shakhtar Donetsk, with Dynamo leading the way with thirteen national championships to Shakhtar’s eight. However, Shakhtar have had the better of Dynamo in recent years. The only other side to win a championship is Tavriya Simferopol, who currently sit bottom of the table in the current domestic season. Since 1992, the title has been largely uncontested.

The biggest threats to Dynamo and Shakhtar however are that of Dnipro, Metalist, and Chornomorets, the latter of whom have dramatically improved since they were promoted back to the top flight at the first attempt in 2011.

Premier League fans are likely to remember former Tottenham boss Juande Ramos, who took charge of Dnipro in 2010, and has guided the club into Europe every year since his arrival. For those who followed the 2012 European Championships, the name Oleh Blokhin might ring a bell. The former head coach of Ukraine took the reins at Dynamo Kyiv in 2012 after the Euro’s. Blokhin was also in charge of Ukraine between 2003 and 2007, where he guided the side to the 2006 World Cup quarter finals in Germany.

Mircea Lucescu is the man behind Shakhtar’s most successful period in their history, winning seven league titles, five Ukrainian Cups and Super Cups, and a UEFA Cup (Europa League) since 2004.

Almost all of those who represent the national side are playing for Ukrainian clubs. The most popular being Dynamo’s Andriy Yarmolenko (24) and the former Bayern Munich midfielder Anatoliy Tymoshchuk (34), now playing in Russia for Zenit St Petersburg.

The most exciting talent to emerge from Ukraine in the last couple of years is Dnipro’s Yevhen Konoplyanka. The left winger has impressed recently for Dnipro and the national side, and at 24, already has 35 caps for Ukraine and has scored 8 goals in that time. Konoplyanka’s main asset is his versatility, as he can also play on the right or as a forward, where he can best apply his ability to beat players at pace.

Maksym Koval is Ukraine’s new goalkeeping sensation. At only 20, he has already notched up 82 appearances in his club career, and won his one and only international cap against Austria in 2012. Koval has been recognised as a talent for the last few years, and is likely to be Ukraine’s number one for many years to come.

Another exciting prospect, Dynamo Kyiv’s attacking midfielder Roman Bezus, received recognition as Ukraine’s best young player in 2012. The 23 year old has collected 15 caps for the national team and possesses good speed and set piece ability. He also has a Ukrainian Cup winners medal to his name as he helped Vorskla Poltava win the trophy in 2009.

Ex-Blackburn Rovers striker Nikola Kalinic has been on the books of Dnipro since he left Ewood Park in 2011. The Croatian has played at every level of international football since he featured for the under 16’s in 2003.

Ireland international Darren O’Dea signed for Metalurh Donetsk in 2013 after he was released by Toronto. After coming through the ranks at Celtic, O’Dea has had loan spells at Reading, Ipswich Town, and Leeds United over the years. O’Dea’s Metalurh Donetsk currently sit 8th in the Premier League.