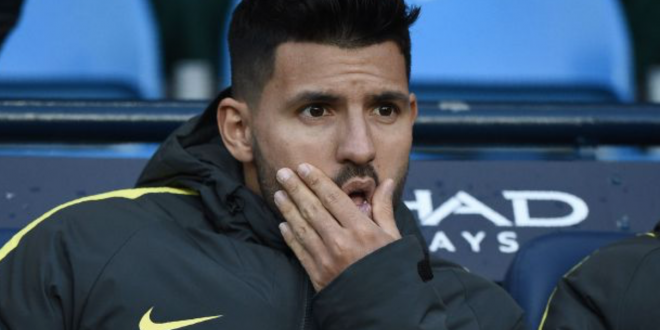 After speculations of Aguero’s future, he has said he plans to play out the remaining time left on his contract with Manchester City. He had lost his starting role last season to young 19-year-old Gabriel Jesus on numerous times. Jesus has had a great start in his Premier League campaign which is why there’s been speculation on Aguero’s future.

Pep Guardiola has spoken out on Aguero’s future and said he will be at Manchester City when the 2017/18 season kicks off. This still doesn’t rule out Aguero possibly being available in the January transfer window. Aguero has said he still has two years left on his contract and is happy at Manchester City so will stay until the end of his contract.

Aguero missed seven Premier League games last season due to suspension. He still managed to bag 33 goals in 45 games for the club in all competitions. Although his starting position had competition with Jesus, he still had a good season for Manchester City.

So, now that Aguero has said he is staying with Manchester City, there has been some more transfer talks within the club about adding some new players. One of those players is Alexis Sanchez.  Although there has been no official approach for the Arsenal forward, Sanchez still remains Manchester City’s key target. Sanchez has worked with Guardiola at Barcelona so they do have a connection. This is another player who Aguero can face added competition with.

Another player that can add competition for Aguero’s place is Borussia Dortmund striker Pierre-Emerick Aubamayang. According to recent rumours and speculation, Guardiola is an admirer of the striker. He scored 42 goals for club and country last season and could help Manchester City out. Last week a proposed move to Paris Saint-Germain fell through so Guardiola is still monitoring closely.

If all rumours are true and Manchester City are able to get Sanchez and Aubamayang who are great players, Aguero could see himself sitting on the bench more often. Although he plans to stay at Manchester City, a China move has not been ruled out after his contract is up.