Home » News » Should Ronaldo go back to Manchester United? 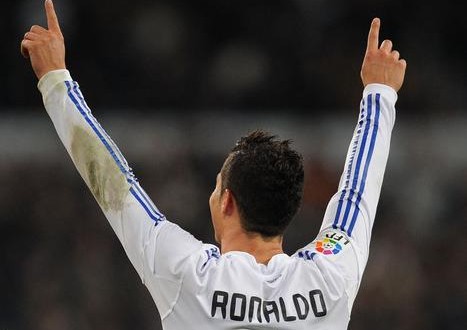 Should Ronaldo go back to Manchester United?

In recent weeks, the Internet (Yup, that’s still around) has been awash with rumours of everyone’s favourite underwear model, Cristiano Ronaldo dos Santos Aveiro, re-joining the club that catapulted him to worldwide notoriety- Manchester United. This is a rumour that has been around ever since the forward went to Spain, but after stories of his relationship with his current club, manager and President breaking down, the notion of his return to Old Trafford is suddenly more of a reality. The question is, however, should he make the move, or wait until his evergreen supply of talent starts to deteriorate, and make the move to the Middle East or America?

Cristiano Ronaldo is a man who, put simply, doesn’t acknowledge that anything he does could be less than a roaring success. His talent and dedication are matched only by his confidence, and the argument that should he go back and not achieve similar levels of success, is one that simply does not compute with him. It could very easily be argued that Ronaldo would struggle to better the 26 goals he scored in 53 games in his final Manchester United, particularly as he gets older, however considering that in recent seasons he has averaged more than a goal a game, it’s hard to deny that there’s every chance he could better his previous record under the guidance of the cuddly little Dutchman that is Louis Van Gaal. Football is not an exact science, and for one reason or another Ronaldo could flop were he to return to Manchester United. However, as valid a point as this may be, it’s not one that the man in question will consider.

While this would be a move that transcended the traditional ideas of a transfer, it must however be vaguely pragmatic; In broad terms, do Manchester United need a left winger so much so that they’ll pay undoubtedly one of the biggest fees of all time for a player who will inevitably be on the decline? Ultimately, this isn’t that important, as he is a player who, due to his well rounded skill set and work ethic, will play well anywhere. However, this is only true if he knows he’s not playing second fiddle to anyone, and at Manchester United he may well find a certain Mr. Rooney, on a wage very similar to his, at a very similar age, who is less than happy to make space on the throne for his former team-mate- The very same team-mate who played a big role in his getting a red card in the 2006 World Cup. Manchester United have a desperate need for a player who is both fast and skillful, as at the moment their players seem to have one or the other, and Ronaldo is, among many other things, extremely fast, and more than capable of getting past defenders. The most successful team in the Premier League are famous for playing attractive, successful football, however Louis Van Gaal seems to be taking some kind of peculiar pleasure in playing a style of football that only hallucinogens could make interesting. In the top 5 of the Premier League, they have the fewest goals, the fewest goals conceded, and the joint highest clean sheets. They are more than likely to get Champions League football this year, (Although fans will want an improvement on their European debacle this season) however unless a world class forward is brought in, to make things sizzle up front, the fans may quickly lose what little patience they have left with Louis Van Gaal.

Ultimately, Ronaldo has no need to come back to England, he could go to France, America, or the Middle East, make enough money to buy all the hair gel he could ever dream of, and retire even richer than he already is; However for a man as ambitious, hard working and self-assured as the Portuguese international, one final hurrah in Manchester will be undeniably appealing. He left there a great player and a local hero, and he has often cryptically stated that he would be partial to a return, even if only to fully cement his position as one of the club’s best players. This ‘Will he, won’t he?’ will undoubtedly be one of those summer transfer sagas that we all love, and one might hope that by the end of the next window we’ll be seeing him doing it, just a few more times, on a cold, rainy night in Stoke.