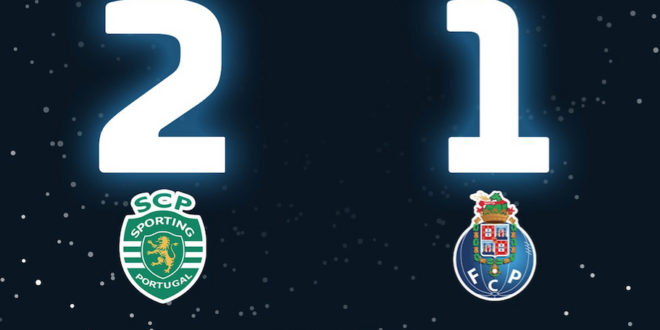 Sporting CP 2-1 Fc Porto: ‘Os Leõs’ come from behind to win first Clássico of the season- 5 things we learnt

Jorge Jesus showed yesterday why he is not just one of the best coaches in Portugal but in fact one of the best coaches in Europe. The way in which Sporting attained their advantage may have been controversial (see 2) but their game plan after conceding early on was executed perfectly. After noticing that Porto were overrunning Sporting’s midfield in the first 20 minutes, Jesus, moved Bruno Cesar into the centre of the pitch and by doing so Sporting were able to benefit from an extra man in midfield. From then on not only were Sporting able to stop Porto’s dangerous midfield passes but they also vastly improved their own attacking output. It is no coincidence that both of Sporting’s goals came after that tactical adjustment.

Credit has to go to 62-year-old for amending his formation and setting up his team to get back into the game in the first half. The second half was all about killing the game, which Sporting once again executed perfectly with yet more brilliant decision making on behalf of the former Benfica manager. His choice and timing of substitutions were inspired. As much as Espirito Santo tried to get Porto’s attacking verve going in the second half it always felt as if he was always one step behind his adversary. NES will have the chance to redeem himself in February when Sporting visit the Dragão stadium. For now though JJ is one up in the arena of tactical battles.

Sporting’s performance once taking the lead may have indeed been a magisterial display of game management but how they got there was questionable. Make no bones about it Sporting were very fortunate to get back into the game. Up until the two goals Porto were dominating and deserved to be in front but two controversial moments flipped the game on its head. There were two definite handballs in the build-up to both goals. Porto are right to feel hard done by.

It is important that the league and CAR (comiss?o de analises e recurso/ referee analysis board) take a close look at referee Tiago Martins performance. We cannot have another season where big games are marred by questionable refereeing decisions.

It has now been eight years since Porto have won at the Alvalade stadium. In that time the Portistas have played eleven games, managing six draws and five defeats. You have to go back to the 2008/09 to find a time when the Azuis e Brancos managed to leave Alvalade with all three points. On that occasion goals from Lisandro Lopéz and Bruno Alves sealed a 2-1 win.

This long run without a win may fall behind some of footballs other longest winless runs but it is definitely starting to feel like a curse has been cast on Porto teams travelling to Sporting. Os Dragões will most likely have to wait another year before being able to put a stop to this bogey record.

It is rather poignant that Rúben Semedo’s best display in a Sporting shirt to date should come in the same week that Portugal national team boss Fernando Santos named his squad for the upcoming international matches. Despite not being called-up for this round of games, it surely can only be a matter of time before we see the centre-back adorn the red and green of Portugal. The 22-year-old has been the leagues most consistent and assured defender for the best part of two years and deserves a chance to translate that form into the international scene. Elsewhere, another Portuguese starlet gave us a timely reminder of his qualities. Gelson Martins well-struck first half goal was his first of the campaign. Rúben Neves and Jose Sá, both of whom were left on the bench, are also exciting Portuguese prospects. All this potential bodes well for the future of the national team.

All this talent leaves Fernando Santos with an embarrassment of riches. If the players who participated in the Euro can stay injury free and if Santos can successfully embed the new crop of young players the seleccao das quinas looks to have a very bright future indeed. Fingers crossed.

The majority of Sporting fans may have been celebrating yesterdays win like they had just been crowned champions but make no mistake, the title race is still wide open. Sporting of course has the early advantage and duly sit top with nine points. Benfica and Porto trail with seven and six points respectively. It will be interesting to see how long the Leõs can keep their 100% record going, especially once they register their final squad for the season. The Verde e Brancos have already lost Joao Mario to Inter Milan and are expected to lose both Slimani and captain Adrien before the close of the window. Add that to the fact that Benfica may yet lose one or two important players and you can start to see why nothing has been decided yet. Not forgetting Porto, who too will see a lot of transfer activity take place before the 1st of September.

The difference in this years title race may well come down to which team can best manage and plan for these departures in the last few days of the window. With that being the case it is perhaps a little premature for the Sporting faithful to be celebrating.

What did you think of last night’s game? Were Sporting lucky to get their goals? Who are your early season title favourites? Let me know in the comments section below. 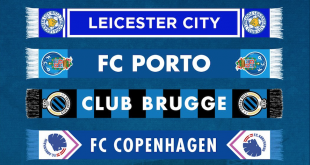 It has been called by many the easiest group in Champions League history. But with …