Home » News » The Brilliance of Beckham – On and Off the Pitch 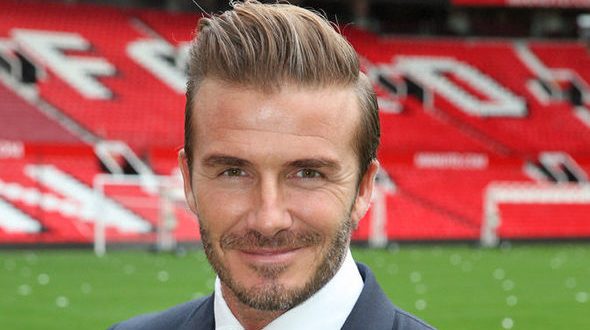 The Brilliance of Beckham – On and Off the Pitch

There are so many ways and words you can use to sum up David Beckham; numerous historic and outstanding football memories as a player, an ambassador for football and other sports, his charity work, countless awards, which now includes the President’s award, a prestigious moment in a star studded life which all started by kicking a ball around as a child in Chingford for his first football club Ridgeway Rovers. The rest as they say is history, and what a history, not even Beckham would have predicted what an impact he would have on and off the pitch in every aspect of football, sport, fashion and charitable services. This global name might be the superstar who exceeded in the beautiful game, but amongst all the glitz and glamour he never lost his passion for his first love, football.

Motivation and desire has always been evident in Beckham’s pursuit of success in everything he does, even as a youngster he put every effort into his dream of playing for Manchester United, not an easy task for a normal London lad living nearly two hundred miles from Old Trafford. Attending a Bobby Charlton school of excellence helped his cause, one of the picks of the talent, he was never forgotten as one of the best youngsters taking part in the competition and being a Manchester United mascot in 1986 – all this giving him a foot in the door at his beloved United. Who would have thought 10 years after walking out of the tunnel with the team as mascot for the day, the name ‘Beckham’ would be propelled onto the global stage and stay there for years to come, via a wonder goal from just inside his own half on the opening day of the season at Selhurst Park in 1996.

It could be said that goal was the start of Beckham mania and the ‘brand’ Beckham. A young, fairly new unknown name in the game netting a phenomenal goal on the opening day of the season, watched by a global audience, not only propelled the Londoner onto the world stage, but it wasn’t a bad advert for the English game on a sunny afternoon, ironically for Beckham, in London, twenty two years ago.

Part of the class of ’92 and one of ‘Fergie’s Fledglings’ Beckham’s name grew throughout world football from the mid-nineties. Still to this day he has to be considered as one of the finest dead-ball specialists of all time, and best crossers of the ball. During his time at United, this was almost invaluable to the team – a free-kick outside the box, Beckham steps up, and a goal was more than likely. Give him the ball in a wide position, he whipped in a cross, a red shirt getting their head on the end of it and the net bulging was expected – that is how good Beckham was, he was as instrumental on the pitch as he is off it nowadays with his charity and sport related contributions. He is a figurehead, someone people look up to and aspire too – all this from an ordinary, football crazy kid from Chingford.

That football crazy kid would end an illustrious football career with over 50 major club and individual honours, his most impressive feats being a treble winner with Manchester United, becoming a title victor in four different countries and, with ‘that goal’ winning the goal of the decade accolade. These are just some of the successes in a long line of career and life goals achieved – his UNICEF charity work and campaign to bring the 2012 Olympics to London would also have to go down as wonderful accomplishments off the pitch.

Despite all of his achievements, there have been low points of Beckham’s career, but it is how a person deals with and comes through those difficult times that defines them, and the 1998 World Cup is an example of a nightmare that Beckham took on the chin and turned into a positive in more ways than one. Some may say it is Beckham’s sending off against Argentina after kicking out at Simeone that everyone remembers, I would have to say, it was the aftermath and upbeat attitude that Beckham displayed that is the memory of those summer months of ’98. Yes, the United fans and everyone associated with the club backed Beckham to the hilt, but the strength of the man and the season he had after the World Cup, winning the treble was the perfect way to answer his critics and tormenters. It showed the determination of the former England captain, which has carried through to this day.

So twenty years on from Beckham’s nightmare, fifteen since he left Old Trafford as a United legend and five since he hung up his boots for good as a global icon, Beckham is still as successful, if not more so, and is still a winner. This was proven recently when United’s former number seven was honoured with the 2018 UEFA Presidents Award. He was given the award for ‘outstanding achievements, professional excellence and exemplary personal qualities’ and his name was added to a list of football greats that have won the award including Bobby Charlton, Johan Cruyff and Franz Beckenbauer. An incredible, yet worthy feat for Beckham.

Numerous accolades, football records broken as well as trophies, medals and over 800 appearances and 146 goals for the clubs he has played for and country, all this along with his work outside of football. It has to be said that the former England captain and one of United’s greatest players, David Beckham, really is brilliant on and off the pitch.