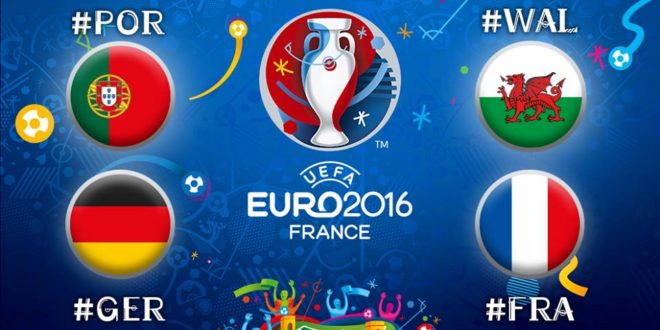 To say at the start of Euro 2016 that Wales would be in the semi-finals of their debut European Championship and 90 minutes away from their first ever major final, you would have laughed right? Well five games later and the “The Dragons” can dare to dream big as they gear up for the biggest game in the country’s history. Having captured the mind and imagination of every football fan through their resilience and team work, Wales have never been accustomed to such limelight in recent generations. That all changed from the moment Wales kicked off their campaign against Slovakia winning an enthralling battle (2-1) and from there on they’ve never looked back. Despite losing a highly publicised game against England (1-2) in the dying seconds, some teams would have capitulated after that. Not Wales though, as they dismantled a poor performing Russian team in their final group game with ease (3-0) to finish top of group B. A sense of over achievement had arisen as Wales not only finished ahead of rivals England, but playing with their own style and identity was a breath of fresh air for all to see.

An all British affair arose in the last 16 as Northern Ireland stood in the way of a quarter-final birth, a match where nerves for the first time prevailed yet Wales managed to squeeze through (1-0). The biggest challenge now faced the Welsh as Belgium looked to spoil the party and justify their tag as the “Golden Generation”. What resulted was a monumental display from Wales in which they not only won (3-1), but by convincingly playing the second best team in the world off the park. Picking out star performers within this team wouldn’t be a fair reflection of what Wales represent but manager Chris Coleman’s perfect balance between defence and attack has reaped rewards. A defensively astute formation of 3-5-2 emphasising passing football and counter attacking, with three Premier League centre backs throwing their bodies on the line and two wing backs turning defence into attack within a matter of seconds has given a real solidified base to the team. That has allowed the likes of Gareth Bale and tireless midfielder  Aaron Ramsey in more creative free attacking roles resulting in the Welsh scoring 10 goals this tournament (second highest). Tonight’s game in Lyon will be one to remember for Welsh players and fans alike, let’s hope for all the right reasons!

Can The Dream Story Continue?

The only team in European Championships history not to have won a 90 minute match at this stage of the tournament, it’s quite outstanding to think “A Selecao” are one game away from replicating there 2004 Euro Final feat. However to doubt Portugal’s ability at a major tournament would be a big mistake as they have reached the semi-final of the Euros in four of the last five held. Its frightening to think that talisman Cristiano Ronaldo hasn’t been anywhere near his best yet Portugal have managed to grind out results in such a rugged fashion is really a testament of Portugal being more than a one man team. Portugal kicked off their campaign against minnows Iceland which at the time went down as one of the greatest shocks in recent times ending (1-1). Second game and another lacklustre performance against Austria in which Ronaldo missed a penalty (0-0) then ended with an absolute thriller of a final game against Hungary (3-3). Finishing group F in third place, Portugal managed to scrape through as one of the best third place finishers pitting themselves against a very impressive Croatia side. In a much forgettable match where both defences came out on top, Portugal stole the headlines in the 118th minute as Ricardo Quaresma fired home to set up a quarter-final tie with Poland. Despite conceding the second fastest ever goal in the tournaments history to Robert Lewandowski, Portugal resolutely fought back and equalised through emerging talent Renato Sanches. A game of few chances meant the game would be decided from the spot and Portugal emerged victorious (5-3).

Since manager Fernando Santos was appointed in September 2014, he hasn’t lost any of his 12 competitive games in charge (W8 D4), really says a lot of how far this Portuguese team have come since there poor showing in Brazil 2014. Having heavily invested time and focus on the new generation of Portuguese football, the current squad have the perfect balance between experience and youth to really thrive on the big stage. The likes of Pepe, Ronaldo and Nani have become real leaders and stepped up which has helped the likes Raphael Guerreiro, William Carvalho, Joao Mario and Renato Sanches to settle in with ease. With 919 caps between the squad (second most out of the final four), it’s not surprising that despite having struggled to play with real purpose throughout the tournament, Portugal are still flying high. Fernando Santos said, “I’m not worried about being the ugly duckling, I’m interested about getting to the final and winning it.” Tonight’s match will be a tense encounter, a situation I feel the Portuguese thrive on, so don’t be surprised if it goes down to the wire.

Will The “Ugly Duckling” Conquer All?

When headlines read Germany have won yet another football knockout stage game, you get the sense that Germany are really the masters at major tournaments. Having tactically ousted a resilient Italian team in the quarter-finals last Saturday, Germany are two wins away from rewriting history and replicating the 1970’s German team of holding both the Euro Cup (1972) and World Cup (1974) at the same time. The Germans have been one of a few stand out performers at Euro 2016 and is reflected by reaching this stage of tournament for the ninth time in their history. After finishing top of group C with convincing wins against Ukraine (2-0) and Northern Ireland (1-0) with a draw against Poland (0-0) in between, Germany faced Slovakia for a place in the last eight. In one of the most one sided affairs of the tournament so far, Slovakia were outclassed (3-0) resulting in an Italian showdown. Saturday’s victory over Italy (6-5 on penalties) was ever so sweeter as it ended a run of nine straight tournament defeats to “The Azzuri” dating way back to 1962. After the game manager Joachim Loew praised his team as “fighters” as “Die Mannschaft” not only ended their hoodoo but also reached the semis for the third Euro finals in a row.

What’s been so impressive about Germany at this tournament has been the transition phase from their recent World Cup triumph to then arriving at Euro 2016 and being able to perform consistently on the big stage. With the highest possession of any team in the tournament (63 percent), Germany’s ability to utilise possession in such an effective manner makes them a real devastating team. Formulated on a forward thinking game of looking to penetrate the opposition through progressive passing into space where individuals can create chances is the perfect model of attacking football. Germany play with such fluency that most of the time you see the two centre backs play on the half way line, with the rest of the team deep in the opposition half. The ability to trust individuals on the ball and make space for one another has made it a real struggle for opposition to play their own style as they prioritise restricting Germany. Off the ball, the moment any player loses the ball, every team member is ready to win the ball back through high team press, a tactic made a lot easier when most of the team is in the opposition half. The result is suffocating opponents into losing the ball in dangerous areas or launching the ball high up the pitch where Germany can restart again leaving the opposition pegged back most of the time. The combination of a controlled high pressing game coherent with a fluent fast moving ball game has made the Germans such an elegant watch this tournament and certainly one of the favourites for Euro 2016.

Tipped by many as the favourites at the start of the tournament, “Les Bleus” backed by a wrath of rapturous home support are looking to mirror there 1984 triumphs of going on to win the Euros as hosts. The French team have had a mixed tournament to say the least as inconsistency and mediocre performances have dampened there route to the semis. A tense opening victory over Romania (2-1) was followed by another unconvincing performance against Albania, only to win in the final minutes (2-0). A final game showdown for top spot was up for grabs against Switzerland which ended in a drab draw (0-0) resulting in France finishing top of group A and facing Republic Ireland in the knockout stages. After conceding early on to a Robbie Brady penalty, France really struggled to get back into the game and were lucky to only to be one down at the half time break. The second half performance was unrecognisable from the first as “Les Bleus” roared back with Antoine Griezmann stealing the show with a brace (2-1). Despite a rocky road, stats don’t lie and Sunday’s quarter-final demolition of Iceland 5-2 was a sign of why the French are tipped for home glory. Heightened not only in the top five bracket for pass completion (88 percent), possession (56 percent), total attempts (87) and goals per game (2.2), the front three of Giroud, Griezmann and Payet alone have scored more goals than any other team (10).

France have proven that they have the firepower to break down any team at any given time but it’s at the other end that will have manager Didier Deschamps worried. Ageing full backs Bacary Sagna (33) and Patrice Evra (35) have been far from their best this tournament and have looked labour to say the least at times. This coinciding with a centre back dilemma on who to partner Laurent Koscielny has left the French vulnerable on numerous occasions where captain Hugo Lloris has had come to the rescue. It’s not surprising then that Deschamps has vowed to go out and attack the Germans, “we’re going to really go for it against the best side in the world. They had a few problems against Italy, but Germany are Germany.” France will aim to dictate the game and play to their strengths by utilising there abundance of creative players rather than allowing the Germans to impose themselves on a match that could be a real test for this French backline. If France can start on the front foot and really assert their authority from the get go, it will be a mouth-watering affair.