Home » News » The Magic of the FA Cup 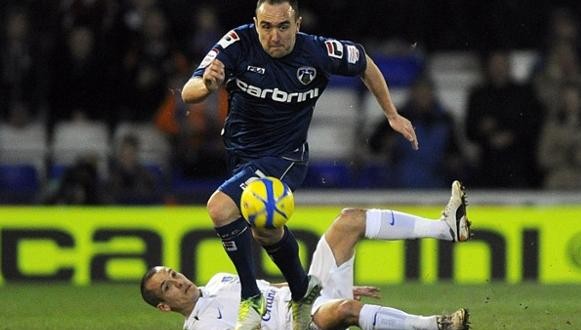 The Magic of the FA Cup

Having enjoyed another weekend of brilliant football thanks to the FA Cup coverage over on ITV, I feel its safe to say the magic is still held within the competition despite previous claims that the cup had lost its importance.

Of course, perhaps Sky TV revenue based on league performance means that teams would rather finish strongly in the league and retain Premier League status then try to claim the Wembley trophy, and perhaps a certain Frenchman in charge of a North London club had one eye on a European competition, but overall you can see how much it means to the clubs who are still left in the competition.

I for one have been amazed by the run of Oldham Athletic, and think its incredible to see the turn around in the performance brought on by the arrival of the big boys to Oldham. When Liverpool arrived at Oldham a few weeks ago I wasn’t too surpised by the performance of the reds. As people have noticed, it appeared that Brendan Rogers took the game for granted in his selection policy. He said after the game that he’d felt let down by the players he did select, and that they’d need to work hard if they want to have any sort of a future at Liverpool. Liverpool by all standards were poor, and Oldham were a side obviously up for the battle and had some great performances by star man Matt Smith.

However when Oldham drew Everton in the next round of the cup, again at home, I felt that it would simply be a case of the blue side of Merseyside simply brushing Oldham apart. Despite Oldham taking the lead, it did look as if Everton would simply overpower the league one side and had eyes on the next round. But they couldn’t find the killer third goal to give them the necessary breathing space, and in the final seconds, in the most dramatic fashion ever, Oldham bundled home an equaliser through their star man Matt Smith.

I’d wrongly assumed that David Moyes’ team would simply roll over Oldham. I felt that he had a more professional and more talented squad then Liverpool, and he’d surely name a much stronger side than Rodgers had done so here previously. And he did, to be fair – a very strong side, one which surely would’ve done a job against most Premier League sides. However, Oldham must have been buoyed by the result versus Liverpool before, and they capitalised on some lapses in defence.

In particular I feel that Lee Croft was the star man on the day. Leighton baines is one of the most talented players in the Everton side, and there’s rarely anyone who can contain him in the Premier League. Lee Croft however tracked Baines every yard of the match, putting in some brilliant tackles and preventing Baines from tearing down the wing at will. He put in a tireless performance, and I think without him doing a job on Baines then Everton would have had a lot more joy going forward. In other battles on the pitch, Leon Osman was prevented from having time of the ball and space to pick a pass. He was often caught in possession, not something that happens often to the English midfielder. Fellaini was much less effective playing in a deep lying role, protecting the defence. Jelavic still looked like he was lacking his match sharpness, often taking some heavy touches when it looked like he was through on goal. Pienaar was one of the few Everton players who looked on good form, along with Anichebe who had to come off with an injury not long after thumping his side level.

I don’t think anyone at Everton can be blamed for the 2-2 result, I think its more a case of the FA Cup magic bringing out the absolute maximum performance of some Oldham players. We mustn’t forget that this is a side with some big problems. Since the Liverpool won they’d lost their manager and made some big player changes. Yet they came together in a big style to claw back an FA Cup replay at Goodison Park.

Now I’m sure that Moyes will again name a very strong side for this return encounter, and he’ll have learnt a lot from watching Oldham in this performance, so I can’t see their amazing cup run going any further, unfortunately. I’d love for them to proove me wrong though, and then again I couldn’t see anything else than an Everton win in the match on Sunday.