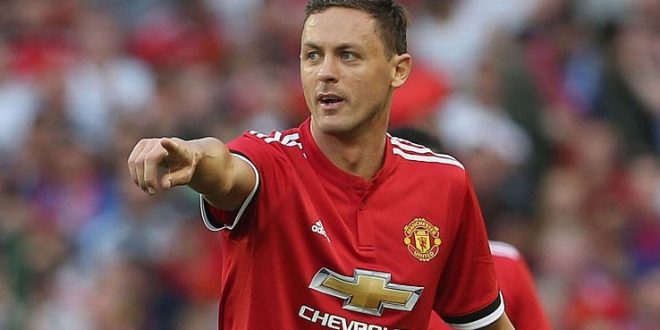 The last Nemanja to play for Manchester United will go down as a club legend. The Old Trafford career of Nemanja Vidic was incredible, successful, and he was a fantastic player who was imperative to the team – the new Nemanja at United will be hoping for the same achievements as he embarks on his second football journey under Jose Mourinho, and if his first few weeks with the club are anything to go by, then Nemanja Matic is going to be an important and great player for the club as well as an excellent and clever summer signing.

The golden rule is to never sell to you rivals, especially when it comes to a player who can ultimately be the difference between winning a title or not, so it was a strange decision by Chelsea to allow Matic to complete his dream move to United. A player who had been instrumental in midfield for The Blues and has played a significant part in winning Chelsea the Premier League over the years, could the Stamford Bridge club have already given their title rivals the upper hand in the race to the top with the season barely a week old? It would seem despite raised eye-brows over paying £40 million for a 29-year-old, the signs are already showing that United’s new Namanja is going to be Chelsea’s loss and Manchester United’s gain.

Instrumental in both United’s first two matches, 4-0 wins against West Ham United and Swansea, Matic’s break-up play and nicking the ball back from the opposition was imperative in these matches and something the Old Trafford club have missed in recent seasons. It was down to the Serbians excellent interception against the Hammers that lead to United’s opening goal. Winning the ball back in midfield, the ball found its way to Rashford who steamed down the flank and set up Lukaku for his debut goal. But it wasn’t just Matic’s defensive duties that impressed, not only was he breaking up play, but his desire to get forward and attack was also superb, he wasn’t afraid to have a shot and join in attacking play from outside the penalty box. Whispers of the ‘new Roy Keane’ circulated Old Trafford, and it is that type of player United have craved for some time, however, despite showing all the attributes of the Irishman The Red Devils have missed in season’s gone by, Matic displayed enough of his own talent and qualities to make a name for himself in his own right at The Theatre of Dreams. Nevertheless, it was great to see a main midfield man running the show and controlling the match for United, something the team has lacked and also, the type of player that could be the difference between winning the league or not.

The Serbian appears to be a calm, cool and confident person on and off the pitch and he puts settling into life at Manchester United down to the affable welcome of his team mates. Feeling extremely happy that he has ‘joined one of the biggest clubs in the world’ upon signing for the club, he couldn’t wait to start training and playing matches with the team and he said how much he was looking forward to joining up with Jose Mourinho again – all words every fan wants to hear when a new player signs for their club, and Matic has backed up his positive and imposing statements with two standout performances on the pitch. If those games are anything to go by, Mourinho has made one of the transfers of the summer.

On the subject of Mourinho in regard to Matic, not only has he stolen a great player from a title rival, but, as with the Lukaku signing, it is a clever move again. Buying a footballer who has plenty of Premier League experience having played in the English game for over five years and has been successful, has to be less risky than taking a punt on a foreign footballer. Another plus point in signing Matic is Mourinho has already worked with the midfielder, he knows his game, knows what type of player he is getting and, most importantly, he knows the Serbian can win you games and trophies with his outstanding middle-of-the-park play.

Based on all of the above, there is no doubt United have a great player in Nemanja Matic and he will be a significant asset to the team as well as bringing stability in midfield. Good times are ahead for Old Trafford’s new number 31 who has already said he and the team will ‘give more than 100%’ this season in a bid to bring the Premier League back to the club after a five year absence of the trophy. Calling Old Trafford ‘special,’ it would seem United have a special player in the Serbian and if he can get anywhere close to the achievements and stature of former United star, and fellow countryman, Nemanja Vidic, then Matic will become a United great himself.