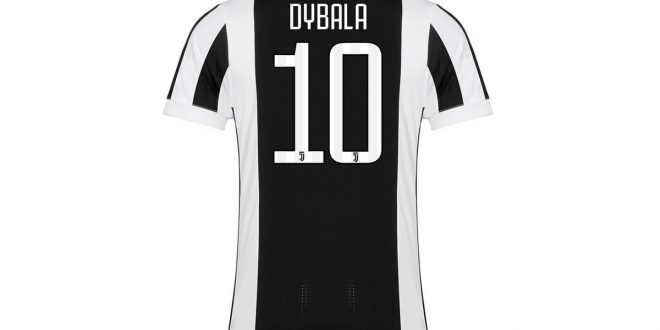 Whoever is handed the Juventus number 10 team shirt has high expectations to live up to. It’s a special squad number printed on the back of the famous black and white jersey, some of the most legendary and greatest forwards to play for the Serie A team have worn the iconic shirt that is unique to the club, one every footballer in the team wants their name assigned to, but wearing such a prestigious shirt can make or break a player. The anticipation can be overwhelming or it can propel them onto stardom, so can the new Juventus number 10 become one of the greats to wear the club’s illustrious jersey? Paulo Dybala has been handed a tough yet inspiring role, it is his season to prove he can become the perfect 10 and join The Old Ladies number 10 legends below…

A Juventus club legend. Del Piero is the Turin club’s all-time top scorer and appearance record holder with 290 goals and 705 appearances. Spending an incredible 19 seasons with Juventus, the former Italian international will always be remembered as one of The Old Ladies perfects 10’s. The fans loved him, not only for his remarkable forward play, but for his loyalty to the club. Being one of the greatest strikers of his generation, Del Piero could have moved to another big club in Europe, but chose to stay at Juventus and perhaps his dedication to the club was confirmed when, during the Calciopoli scandal, the team were relegated to Serie B. ‘Pinturicchio’ stayed with Juventus where he ended the season in Italy’s second division as top scorer. Eight Serie A titles, a Coppa Italia and a Champion’s league winner, this great number 10 has to be considered one of the best to have played for Juventus.

Not only was ‘the divine ponytail’ one of the best players to ever play in Serie A, but his move to Juventus, staying for five seasons, saw Baggio become a world-class footballer and one of the greatest the game has ever seen. Incredibly, his £8million move to The Old Lady in 1990 was a world-record fee for a transfer at the time, a snip now at today’s prices. His natural talent with a ball, playmaking skills and dead-ball specialties made him a firm favourite at Juventus and a name for himself in world football, although it wasn’t all plain sailing at the start of his career in Turin. Having told the fans he was ‘compelled to accept the transfer’ from Fiorentina, he refused to take a penalty when playing against his old club, then he wore a Fiorentina scarf when one was thrown to him during his substitution. Riots in Florence with 50 injured followed Baggio leaving the club, and as you can imagine, Juventus supporters were not too pleased when he said ‘in my heart I am always purple,’ however, 115 goals and 200 games was a magnificent feat which saw the Turin club’s fans take Baggio to their hearts as did he the club. ‘The Divine Ponytail’ was one of The Old Ladies perfect, tremendous 10’s.

One of the greats of the game, Michel Platini won the Ballon d’Or three years running in his five year stay with Juventus, confirming his world-class status and his position forever as a number 10 legend in Turin. Seven major honours were won by ‘Le Roi,’ AKA ‘The King’ as a player for Juventus including two Serie A titles, as well as the European Cup in 1985. A sensational all-round complete player, his composure in front of goal was stellar and he could score with either foot as well as his head. He was a fantastic midfield playmaker with pin-point passing skills, his leadership qualities earnt him the ‘Le Roi’ nickname. With 222 appearances and 103 goals for Juventus, Platini retired from the game in 1987. His last match was against Brescia, at the end of the game he announced ‘I played for Juventus because it was the best team in the world.’ Michel Platini himself was one of the ‘best in the world’ and his number 10 shirt he wore while playing for The Old Lady is legendary.

One of the first players to pull on a Juventus number 10 shirt, and considered one of the best to do so. Signing for the club in 1957, shirt numbers were not allocated to players or chosen by them at the time, the first team wore 1-11 with Sivori taking the number 10 jersey – and what a perfect 10 the Argentine turned out to be for the Turin club. A deadly finisher, Sivori would go onto win three Serie A titles, his excellence confirmed when he won the Ballon d’Or in 1961. His pace and skill on the ball made him a star up front for The Old Lady, as did his creative talents and great ability to ‘nutmeg’ the opposition. Omar Sivori was a super talent and worthy of the famous Juventus number 10 shirt even if he wasn’t handed it on merit. Either way, he was the perfect player who donned the Turin 10 on his back with supremacy. One of the greats.

In more recent times the number 10 of Juventus has been worn with pride and greatness by Carlos Tevez and Paul Pogba. Two fabulous players in their own right who will always be remembered as tremendous tens for the Turin club. 84 goals between them and adored by the fans, 10 was the perfect number for these two fabulous footballers.

Paulo Dybala said of being handed the number 10 shirt: ‘The number 10 is special. It’s an honour to wear it, as it carries a sense of responsibility and of belonging to the history of a great club like Juventus FC.’ Great words from a great player, he has a lot to live up to, but with 49 goals already to his name in a Juventus shirt, fans who adore him for his quick dribbling skills, creativity and ability to find the back of the net, there is no doubt Paulo Dybala has the ability to become a Juventus legend and the new number 10 can become a perfect 10 for the club.