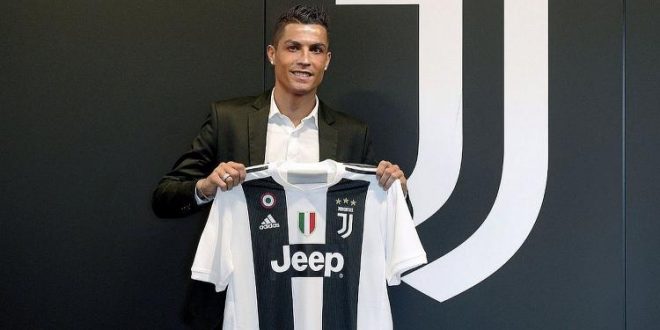 One of the biggest and most extraordinary transfers of the summer so far has been completed. Cristiano Ronaldo, the most famous and greatest player in the game, has moved from La Liga and Real Madrid to Juventus and the challenge of the Italian league, Serie A. At the age of 33, other players might be seen as ‘over-the-hill’ or past their best, however, Ronaldo might be ageing but he is still one of the greatest footballers in the world, if not still the best, and the test of succeeding in Italy is something he will relish. It would seem this signing has benefited many, the two clubs, Serie A, and of course the man himself, but will this remarkable move really live up to expectations? Can Ronaldo set Serie A alight? Whatever happens in the next chapter of this incredible player’s career, it is going to make fascinating watching when the Italian league kicks-off again next month…

When this transfer was first rumoured, many were shocked as to why, when still in such fine form physically and when still playing football at an incredible level, Ronaldo would want to leave a club like Real Madrid and why they would want to sell him. However, logically, the move makes perfect sense at this stage for both and could turn out to be a sensational four years for player and club.

This is a new stage in the fabulous career of Ronaldo, he could potentially become the greatest player to have played in Serie A. Instead of opting for a move to America or China, the might and skills Ronaldo still has, have given him the opportunity, on the wrong side of thirty to make a name for himself in another top league. Serie A may not quite be on a par with La Liga, but perhaps with a great like Ronaldo now playing in it, the Italian league could now be propelled onto a greater level after falling slightly behind the other European leagues – can one man really change a good football league back into a great football league that will attract fans from all over the world again? If anyone can Ronaldo can.

Cristiano Ronaldo is the name always on the lips of every football fan in the world. His skills, pace, spectacular goals and the amount he has scored during his career are just a few of the draws to watching this stunning player. Of course his so called rivalry with Lionel Messi was always closely associated with his career, the pair were always battling to be the best footballer in the world. Being both in the same league made the competition between Messi and Ronaldo heightened even more so, and, of course one playing for Real Madrid and the other Barcelona – two of the greatest clubs in the world. Now released from the same league and club rivalry as his foe, this will be the key to Ronaldo making Serie A his own, a chance to be the sole hottest name in Italy, something which he will thrive on and drive him forward, and all this while still playing for a top side bidding for a league title and competing in the Champion’s league.

Having scored an astounding 658 goals to date in his entire career, it would appear it is just a question of how many more can he add to that incredible tally in Serie A. However, despite being at the best club in Italy with great players already, Ronaldo will surely still find a difference from the class of footballer at Real Madrid, even the best players need assistance and good play around them on the pitch, will he be able to adapt to this change? As well as this, the pace and style of football in Serie A is different to La Liga. Having spoken about Ronaldo’s breath-taking goals, it will be interesting to see how he copes in a league that has one of the lowest scoring tallies, the Italian game being more defensive and slower paced. Perhaps the Portuguese star can change some of the mindset of play in Italy now he has arrived at Juventus, his speed and skill could be the key to opening the creative play Serie A lacks. One expertise Italian football thrives on is intelligence, something Ronaldo has in abundance, and now, being classed as a ‘senior’ player, he has plenty of experience of the game.

Club and country achievements and an array of individual successes including five Ballon d’Or awards and all this while playing for arguably the best team in the world, some may say the move to Juventus is a come down for Portugal’s main man, but this is a chance to be the ‘main man’ of a league let alone a club – something he had lost somewhat with the arrival of Gareth Bale at Real Madrid. Bale may have lost his way under Zidane, but with a new manager in place, it would seem Bale will stay in Madrid and could well be the first name on the team sheet leaving an ageing Ronaldo in his wake – at Juventus, Ronaldo will be the main attraction, no challenger, again, he will thrive on this.

So much made of Ronaldo, and naturally being a world great, but what does all this mean for Juventus? Firstly, for a Serie A club, at present, to attract such a prestigious and outstanding player is quite a feat. No bigger footballer has signed for any club in the Italian League in recent years due to its decline as once the best league in the world, big names have signed for the Premier League and La Liga instead, however, Serie A is still a very good league and with Ronaldo now playing in it, Juventus have one of the best players in the world, and one they know will attract fans and viewers not only to the club but Italian football in general. Some may say ‘The Old Lady’ only managed this signing due to Ronaldo’s age, and this may be true, but as already stated, he still has fabulous ability and the ambition to make another European league his own.

So it remains to be seen if Ronaldo will take to Serie A, but one certainly is that Serie A have already taken to him and the world will be watching when he lines up for Juventus for his first game of the new season. It’s a new chapter in the story of this extraordinary player – roll on Ronaldo, the new season, and his effect on ‘The Old Lady’ and Italian football.