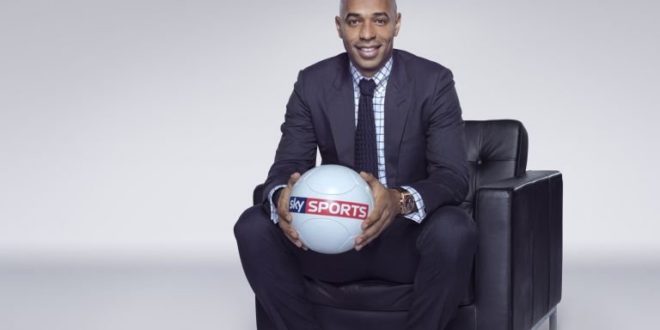 Thierry Henry has left Arsenal, after head coach Wenger ruled that the former Juventus and Barcelona striker could not coach Arsenal’s academy full-time and maintain his media role.

Wenger doesn’t believe the former striker can work during the week to then criticise the players over the weekend, which resulted in the Frenchman leaving the club.

According to the Telegraph “While senior figures inside the Emirates were happy for Henry to stay and continue his education at Arsenal, a final decision was left down to Wenger”

“Sources around Arsenal believe Wenger does not want anybody at the club’s London Colney training ground who may be prepared to challenge him or be seen as a possible threat to his position in the future.”

Arguably the greatest player in the club’s history worked with Arsenal’s youth players to be one step closer to completing his UEFA A Licence course. However, is not prepared to leave his role as a Sky Sports pundit.

Many believe Henry is a possible successor to Wenger, scoring 228 goals in 376 games over two periods with the club which landed him a statue outside the Emirates.

Consequently, former Gunners captain Tony Adams will fill the role with the under-18s. In order for Henry to complete his Pro Licence, he must now find another team to coach.