Home » Articles » Are things looking up for Portsmouth Football Club? 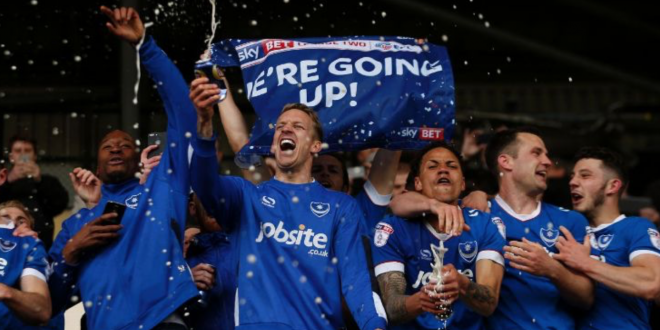 Are things looking up for Portsmouth Football Club?

From here it went from bad to worse, with several managers coming and going. Then to find out the new owners of Portsmouth had been issued a Europe-wide arrest for forgery. It wasn’t looking good for Portsmouth.

As each day went by, Portsmouth were owing more money to not only HM Revenue and Customs, but also the players. At this point, after two seasons they were relegated from the Championship in 2012.

This was the first time since 1983 that Portsmouth had dropped out of the top two divisions. To make things worse, before League One had even started, Portsmouth were told they could only compete in the league if they started with a 10-point deduction. Several top players decided to leave the club including Tal Ben Haim, who was their highest paid player at the time. Portsmouth were then forced to play nine teenagers in their line up against Plymouth losing 3-0 in the League Cup.

After competing in League Two for five seasons they become champions of League Two in the last game of the season to secure their place in League One. People at Portsmouth believe they now have the foundations to be back at the top.

According to Sky Sports News Mark Catlin, Chief Executive of Portsmouth, is confident that with the investment the club has made so far, they will make a return to the Premier League in no time. Although Catlin believes Portsmouth can make a return to the Premier League, they received a huge blow having just lost their captain Michael Doyle to his former club Coventry. So, are things really looking up for Portsmouth?

With the Summer transfer market around the corner, Portsmouth now have to keep up with the likes of Bristol Rovers, AFC Wimbledon and Oxford United. Portsmouth still have a long way to go.