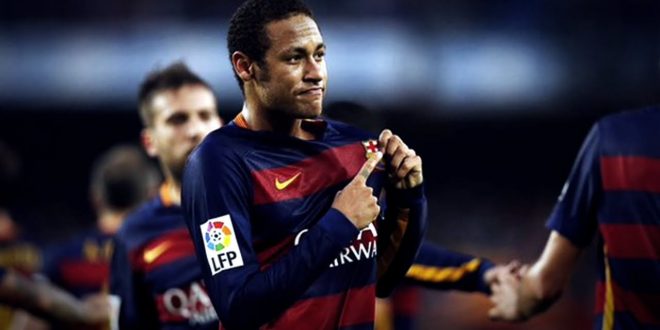 In a league containing two of world football’s powerhouses, it’s sometimes easy to write off the rest of the competition. This neglects the obvious talent spread out through La Liga, proven by Atletico Madrid’s league triumph of 2013/14 and the dominance of Sevilla in the Europea League. Here we look at the top 10 La Liga Goals from the 2015/16 season, and you might be suprised by some of the names featured.

Yevhen Konoplyanka left his native Ukraine in 2015, signing for Sevilla, where he would make 32 appearances, 15 of them starts, scoring 4 goals. None came off better than this one, a rifle struck from some 35 yards that dipped and swerved into the top corner of Alphonse Areola’s net, leaving him to stand and watch as a mere spectator. It put Sevilla ahead at 3-2, and with the game finishing 4-2, is a goal surely credited as worthy of winning any game.

Alvaro Cejudo sent the fans at the Estadio Benito Villamarin into raptures with this near picture perfect volley into the top corner against Real Madrid. Perhaps the least known player to be featured on this list, but scoring a goal of great individual quality and importance for his side as they went on to draw the game 1-1.

Sergio Ramos’ acrobatic opener against former side Sevilla came at a cost, with Ramos unable to celebrate the strike as he injured his shoulder and was forced to come off just ten minutes later. Real Madrid would go on to lose the game 3-2, a part of their ‘mini crisis’ under Rafael Benitez, though the worst was yet to come: they welcomed Barcelona to the Santiago Bernabeu thirteen days later, a game where they were embarrassed 4-0.

Speaking of that game, it featured four classic Barcelona team goals, with this one the pick of the lot. Andres Iniesta put Real Madrid’s chances of a comeback away in the 53rd minute in emphatic fashion, completing a slick team move and combining with Neymar to thump past a helpless Keylor Navas. Iniesta has developed a reputation for scoring goals on huge occasions; a World Cup-winning goal in the final against the Netherlands, an injury time heartbreaker against Chelsea in the Champions League in 2009 and this El Clasico strike from last year. An all-round demolition job of Rafael Benitez’s Real Madrid and a match that became a major contributor to his contract being terminated in January, 2016.

One of the shock results of the season saw Celta de Vigo run away to a 4-1 home victory against defending champions Barcelona, with former Liverpool striker Iago Aspas netting a brace. Both goals scored by Aspas are great examples of instinctive finishing from lightning quick counter attacks against teams that play in such an open manner. We’ve selected Aspas’ first goal, a cool and composed chip over goalkeeper Marc-Andre ter Stegen, as the better of the two and our sixth entrant into the list. No Liverpool fan could say that they saw any resemblance of this goal in the player who spent one season at Anfield in 2013/14.  (Goal at 1:20 of video)

One of the two South Americans to be featured on the list and, unsurprisingly, scoring a goal of great improvisation and acrobatics. James Rodriguez had little time to react when a shot from Toni Kroos came firing towards him, but his first touch was crucial to him setting up the opportunity to score this wonder goal. Rodriguez made 26 appearances in La Liga, scoring 7 goals, but only 17 of those appearances were in the starting line-up.

A well worked team moved is finished by a first time curler from the now Manchester City man Nolito. Nolito also scored fantastic solo goals against Real Madrid and Barcelona, no doubt apart of the final valuation of fifteen million pounds for the transfer, but this strike was the perfect balance of a team move finished by a player with proven individual ability to turn a game on its head. Nolito won’t look out of place in the light blue of Manchester City, either, having worn the colour for three years with Celta de Vigo.

The top scoring Spaniard in La Liga, with 20, earned a call-up to the Spanish national team at the age of 35 and with goals like this it’s not hard to see why. The Bilbao man may just have debuted in a major tournament for Spain, but he is no stranger to the international scene, as he is a regular goal scorer for the Basque Country national football team. A non-FIFA or UEFA affiliated team, Basque Country is only allowed to play friendlies against FIFA-affiliated teams, and Aduriz has scored 11 goals in 10 games for them.

Individualism and self-expression was what South American’s used to create their own football identity, and Neymar has brought that with him to Barcelona to produce this piece of magic. A nice cross from Luis Suarez leaves Neymar between Victor Ruiz and Jaume Costa in the box, and what followed was surely Neymar reliving his days playing football on the streets of Mogi das Cruzes. Playing as if he was free of all inhibitions, Neymar almost dances the ball into the net with a flick, turn and volley neatly placed into the bottom corner. Something truly special had to happen for this to not be number one, and it did.

A goal so good it seems more belonging to a highlights package of the best goals scored in a football video game. Inaki Williams takes just one majestic touch over Enzo Roco’s head before unleashing a crisp volley with his right foot into the top corner of the Espanyol net, and it’s safe to say this was all over before the defenders or goalkeeper could even react. A tough call to relegate Neymar’s goal to second place, but this strike was simply too good to be anything other than the La Liga goal of the 2015/16 season.

So what did you think of the list? Which wonder strikes didn’t make the cut? Join us next time for the Top 10 Bundesliga goals!