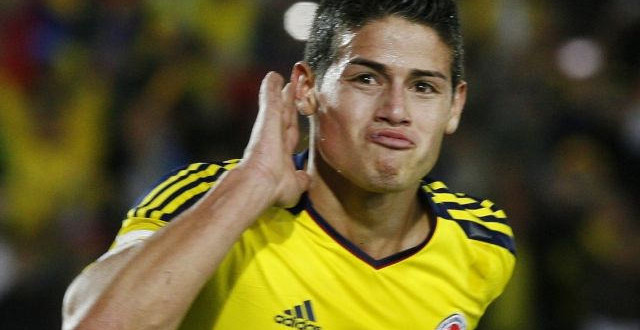 With the World Cup now behind us, the new domestic season is just around the corner and the activity in the transfer market is also beginning to gather pace. Whilst it’s a very exciting time of the year to be a football fan as the rumours and speculation surrounding potential deals being struck for your club begin to rapidly circulate, it also highlights the ever-widening gulf between the rich and poor in football. There’s a small minority of clubs in the world who, by having far too much cash to splash, are contributing to transfer fees spiralling out of control throughout all levels of the game and it’s a very worrying trend.

Whilst I have nothing against these clubs in themselves, it’s their transfer policies and strategies which I find questionable. If these clubs want a player, they can simply go out and buy him by throwing as much money at him and his club as possible to get his signature. No skill at the negotiation table required. One club which not only have a reputation for buying the best of the best, but they also pride themselves on it, is Real Madrid. Yesterday, Colombian World Cup star James Rodriguez became the latest “galactico” to arrive at the Bernabeu.

The question is, did Real Madrid really need him? Given that they already have Cristiano Ronaldo, Gareth Bale, Angel Di Maria, Isco and youngster Jese Rodriguez occupying the attacking midfield and winger positions in the squad, they undoubtedly did not. Therefore the only reason I can find as to why they’d want to sign Rodriguez is because he is a new, emerging world class superstar who fits their “galactico” mould. It also seems as if they bought him to also prevent others from buying him (well, the one or two clubs who could’ve afforded him). After all, Real love nothing more than to monopolise as many world class players as possible, even if their expensive collection of individuals sometimes struggle to resemble a coherent team.

The fee was an astonishing £63 million. Whilst Rodriguez was probably the best player in Brazil, despite controversially not being given the award for it by FIFA, £63 million is crazy money. Around 5-10 years ago, £30 million would have been enough to buy most of the world’s top players. Now, it has taken more than double that amount to secure the signing of a player who has only had one very good World Cup so far in his career, even if he has an even brighter future ahead of him. This figure dwarfs that which Real paid to land the likes of Zinedine Zidane and Luis Figo and let’s be honest, Rodriguez isn’t in their level of ability.

To accommodate the incoming Rodriguez and Toni Kroos (who was signed for what looks to be a bargain in comparison at around £25 million), it is more than likely that Angel Di Maria will have to make way in Carlo Ancelotti’s “Plan A”, even though Di Maria had a solid season and weighed in with 17 assists. If you’re going to be constantly buying world class players for huge sums of money, it’s the most recent acquisitions which naturally take priority. In Ronaldo they have the current best player in the world, in Bale they have the most expensive player in the world and now in Rodriguez and Kroos they have the new “flavours of the month.” Di Maria, by being none of these things, is merely a “great player” so is the most replaceable, although it’d be a huge mistake to let him go.

The same will probably happen to Isco and Sami Khedira who are both linked with moves to the Premier League. Once again expect mega bucks to be spent on all three of those if they are to leave. When Mesut Ozil was discarded by Real last year to make room for Bale, he still cost a very hefty sum. Essentially, as Real continue to raise the bar for the amount of money they spend on new players, they give themselves the freedom to raise the bar of how much they let their unloved stars be sold for. Therefore, due to Rodriguez arriving for over £60 million, they’re probably going to want at least £40 million for Di Maria. Then, with that money, they’ll purchase their next “galactico” next summer. And the cycle continues.

It’s not just Real who are doing this sort of thing but they are most definitely amongst a handful of very wealthy clubs who are. Bayern Munich have poached a star player from their closest title rivals Borussia Dortmund for the second summer in a row. This time they’ve added the striker Robert Lewandowski to a squad which was already far too good for the rest of the Bundesliga. Their intentions seem very clear, they want to strengthen themselves by weakening the opposition and therefore monopolising the talent in Germany in a similar way to how Real Madrid and, to a much lesser extent, Barcelona do in Spain. Lewandowski wasn’t really needed by Bayern but now he can’t do any damage to Bayern whilst playing for Dortmund or anyone else. Mario Mandzukic has moved on as a result, even though Mandzukic wanted to leave due to Pep Guardiola not playing to his strengths.

Whilst all that is happening, another knock-on effect of the transfer dealings by the perennial big spenders (such as Real Madrid) is that everyone else’s values of players gets raised up another notch. The monetary values which other clubs use to put on their players appear to be, by and large, relative to all of the transfer activity in the higher echelons of the game. Suddenly, Adam Lallana is worth £25 million and Luke Shaw is worth £30 million. Even Ross McCormack, a Championship player, cost Fulham £11 million. Whilst these are all good players and were never going to be cheap, the fees which were paid to secure their services were all far too much.

The logic seems to be that “if Player A is worth X amount of money, then Player B must be worth Y amount of money” and as a result, transfer fees in general are simply going up and up and this summer they’re getting just plain ridiculous. It’s going to be almost impossible to prevent this from happening every summer and soon we’ll see players switching clubs for figures over the £100 million mark if it carries on.