Home » B*llocks » An Unspecial Time for The Special One. 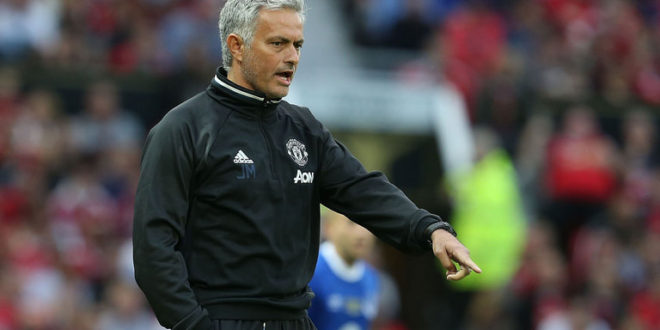 An Unspecial Time for The Special One.

I think it would be safe to say that Jose Mourinho has had happier periods during his illustrious managerial career than that which he is experiencing now. His sparkling new Manchester United side are stuttering, he has been sent off more than Sergio Ramos this season and he is yet to settle in a home he can call his own in Manchester.

There are, however, a few gentlemen who would be abundantly grateful for Jose’s  dismal start to life at Manchester United, those being David Moyes and Louis Van Gaal. These two men, who were vilified for their contribution to the narrative of Manchester United, can sit back,  practice making their best smug face and work on their “I told you so” laughs in the knowledge that they both got off to better starts at Old Trafford than Mourinho has.

In his infinite kindness, Mourinho has also seen fit to take some very unwanted records off managers of the past, generously taking the burden of such weighty statistics upon his own begrudging shoulders.

United have now officially made their worst ever start to a Premier League season, they have drawn  four Premier League home games in a row for the first time since 1990 and have the 17th best chances created to goals scored ratio in the league.

His defensive line has been decimated by injury, and big name signing Zlatan Ibrahimovic has been inconsistent in front of goal.

Mourinho’s upside down sulky face has been commonplace in technical areas (and in the stands) up and down the country so far this season. Having spent £160 million on a squad that is languishing 8 points behind fourth-place Arsenal and 11 points behind leaders Chelsea, it not hard to see why.

On top of all of that, he now faces a two-game suspension after being charged with improper conduct by the FA for his brutal and unprovoked attack on a water bottle at Old Trafford during the fixture with West Ham. To his credit, he did give the bottle a fair bunt, perhaps he was trying to show his players how to convert a chance.

It’s easy to see that Jose is not in his happy place right now, but there is still plenty of time for him to turn things around at Old Trafford. Paul Pogba is showing some encouraging signs after his slow start,   and Henrikh Mkhitaryan has returned from a mysterious holiday in the tropics of the apparently not fit enough. Mourinho’s incredible CV is enough to show that he is perfectly capable of finding a solution to his current plight.

Top four is an absolute must for Mourinho, the United faithful will expect nothing less. With the resources at his disposal and the tactical nous he possesses, fourth place, and potentially even higher is more than attainable, but he has to turn things around sooner rather than later.