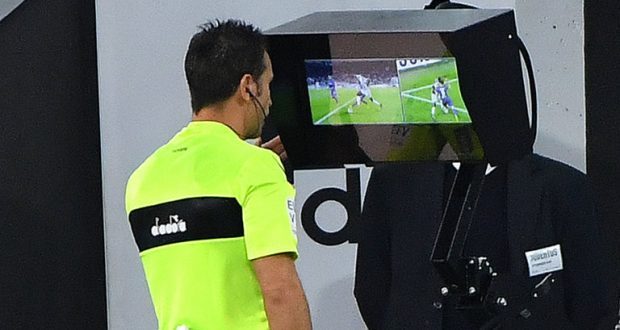 VAR was used in the 2018 World Cup, in top football tournaments and in leagues around Europe, however, despite the Premier League being one of those leagues, if not the biggest league in the world, this new game changing, season transforming technology has not been introduced due to English clubs voting against it for the 2018/19 season. Instead the vote chose to complete another year of trials of VAR before introducing it into the English league. Many have criticised and welcomed this new football technology, in equal measure, some might say thank goodness Premier League fans don’t have to put up with it this season due to its ‘stop-start’ impact on the game – but is it really a good move having missed out on the chance to introduce VAR or has our great league missed a trick in more ways than one?

It could be said the vote against having VAR in the Premier League this season was the right decision due to it still be tried and tested, it is a new complex and vital piece of technology that could potentially define a match or even a club’s season – can this be risked without proven trials in a multi-million, world-wide watched league that is considered the best for entertainment in Europe if not the world?

Many trials have already taken place and Serie A have used VAR for a whole season with success and good results on decisions that may well have had a different outcome if it wasn’t for the replays available to referees, decisions that can well define games and be the difference between being league winners, finishing in Champion’s league places and so on, not to mention ending up being relegated. The worries over how time-consuming VAR would be during games and referees struggling to cope with it has not been a problem in Italy, so surely there was no reason it couldn’t have worked to an advantage in the Premier League this season? The argument could be that Serie A is a slower paced style of football giving more time to VAR but the fact it was ‘trailed’ at the biggest tournament in the world, The World Cup this year, shows the confidence behind the new system, and that system, during the competition, worked very well.

During the opening weekend of the Premier League season, we have already seen incidents that could have gone to VAR and the outcome of the match may have been different; Two penalty appeals in the game involving Man United against Leicester – one given and the other not by the referee, offside decisions at Anfield, probably wouldn’t have made a difference to the 4-0 score line, but that is hardly the point, the point being, will the absence of VAR in England’s top league come back to haunt teams come May 2019?

It could be argued there needs to be more certainty that VAR works continuously and positively before the biggest league in the world takes it on permanently, and this is more than a fair comment, after all, VAR failure in a league where the footballing world watches from all angles of the globe week in, week out, would be not only an embarrassment, but more damaging than a ref missing a penalty call without the system. This point makes the vote against VAR worthy, but doesn’t every business or sport need to take a calculated risk now and then?

When the stakes are as high as they are in the Premier League, attention to detail and making the correct decisions in matches is paramount – let’s hope the FA, and not for the first time, don’t end up with ‘egg on their faces’ come the end of the season for not installing VAR, or, if continuing trials fail and the system comes under scrutiny, it could be the best thing to have happened to the league in not having it. Getting the balance right is difficult, but one you would expect the people at the top to get right for the sake of one of the biggest corporations and football competitions in the world. In nine months time, we will know if they really did get it right.

One certainly about the whole VAR saga is that the system will be introduced to the Premier League for the 2019/20 season, but will it be one season too late or worth the wait?