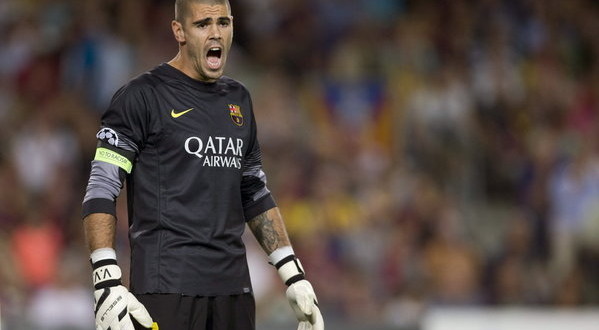 Victor Valdes is in talks to return back to Spain with Valencia after Louis van Gaal told the former Barcelona stopper look for another club.

The Manchester United boss left the 33-year-old out of their tour of America after he apparently refused to play for Under 21 side.

The Spanish international has hit back at the Dutch coach by tweeting a picture of the three games he played for the  Under 21’s and captioned it with #Respect.

In a recent press conference Louis van Gaal confirmed that Valdes is on the transfer list, he said: “He doesn’t follow my philosophy. There is no place for someone like that.”

Victor Valdes made his debut for United against Liverpool Under 21’s after signing in January, but he didn’t make his full debut until May when he replaced David De Gea against Arsenal at Old Trafford in a 1-1 draw.

This leaves Louis van Gaal with a goalkeeping crisis as David De Gea has been heavily  linked with Real Madrid all summer.