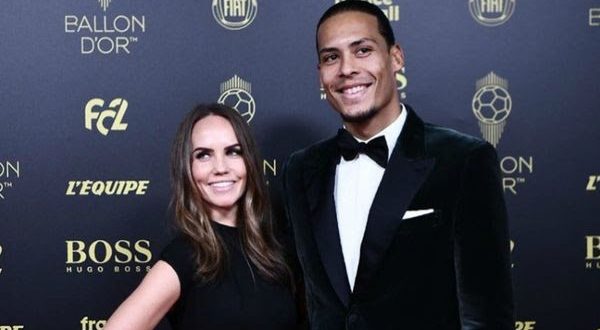 Virgil is married to his childhood sweetheart, Rike Nooitgedagt. They tied the knot in 2017.  Virgil and Rike have two daughters. Nila, born in 2014, and Jadi, born in 2016. They began dating while they were still both teenagers.

Rike Nooitgedagt was born on 8 June 1993 in Breda, Netherlands. She grew up in Amsterdam, the Netherlands.

She is an only child.

Rike studied at the British School of Amsterdam where she pursued her passion for fashion and earned a degree in designing clothes from the Amsterdam Fashion Academy.

Rike Nooitgedagt, Virgil Van Dijk’s wife was making waves as a fashion sales manager until 2013 when she decided to leave her job when her husband joined Celtic and they had to move to Glasgow.

Nowadays, she is a homemaker and still works partly as a fashion designer from their home in Liverpool.

Rike likes to keep a low profile and has no social media presence.