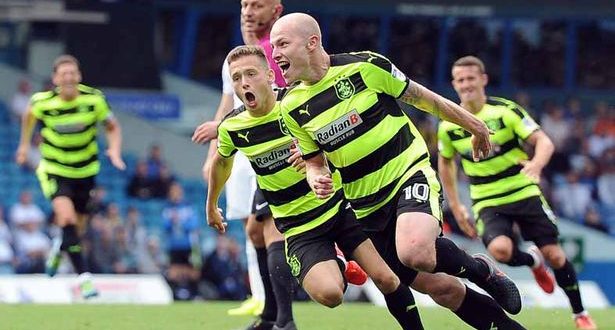 Huddersfield Town became the first club in this year’s Championship to secure their place in the play-offs. This came after a dominating performance at Molineux gave them a 1-0 victory in a game where Wolves rarely threatened. The Yorkshire club have cemented their place in the top six in manager David Wagner’s first full season in England.

The former Borussia Dortmund coach was unknown when appointed back in November 2015 but has quickly built a squad and given them a winning mentality which he has reaped the rewards of being in the Championship play-off picture since the first fixture of the season back in August.

But what has made Huddersfield the team they are today? A squad that was widely tipped for nothing more than mid table security and in worse cases relegation in the race for the Premier League.

To start with, the Terriers defence has been in top form all season and a consistent back four has helped the Yorkshire club stay tight at the back while giving forward players a lot more freedom when attacking. Chris Lowe, Michael Hefele, Christopher Schindler and Tommy Smith have been in sensational form with the latter appearing in the Championship team of the year. The stat that boasts how good the back four has been all year is that out of their 25 matches they’ve won this year, 22 of those have been by a one goal margin. The ability to keep other teams from finding their net has been a real strongpoint for a team who over the past few seasons have not been the strongest defensively under previous coaches.

Every team who performs well in Championship have a strong core down the centre of the pitch and at the heartbeat of the Terriers squad in the middle of the park is Arron Mooy. Signed on loan from Manchester City at the beginning of the season, the Aussie has been instrumental throughout the campaign and behind most of Town’s impressive free flowing football. Scoring four and assisting seven from holding midfield is impressive but his all-round work ethic has caught the eye, always wanting the ball and breaking up oppositions attacks to allow his team to dominate alongside the hard-working Jonathon Hogg has really been a winning formula for Huddersfield this season.

Ultimately, if you want to succeed at any level of football you need a brand of football that works with the squad of players you have. David Wagner has set his team up to be hard to beat and that evidence is easy to see. While defending the high pressing of the team forces opposition to lose the ball and not play how they want to play. While on attack, the quick counter attack is highly effective, players like Izzy Brown and Elias Kachunga have the quality to unlock any defence. The ability to change and be patient on the ball is clear to see, with Arron Mooy conducting attacks at the base of the midfield with the ability to control games for the entirety has helped the Yorkshire club become a force to be reckoned with in the Championship. 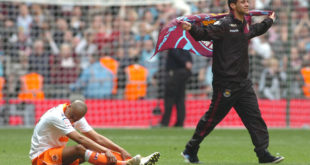