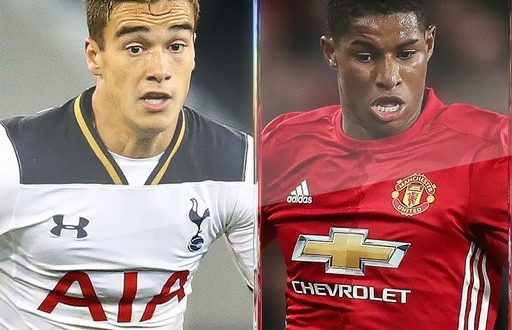 Multi-million pound signings, thrilling transfers to marvel over and the possibility of trophies galore, it’s exciting times for the top teams and players in the Premier League, but where does this leave young footballers trying to break into the first team?

Recently, Pep Guardiola, the Man City manager, named a six-man substitute bench instead of seven leaving a split opinion on the matter, one being, why didn’t he give a youth player the final space in his match day squad? It’s a good question, when Man City have created a multi-million pound academy with state of the art equipment and some of the best coaches in the game, could the Man City boss not pick one youngster to give a first team chance to? Phil Foden perhaps? He starred in England’s under-17 world cup triumph and was man of the match in the final, Guardiola said of his young player during pre-season ‘it’s a long time since I saw something like this, his performance was on another level, for us he is a gift.’ Really? So much of a gift he has only made a few appearances for the first team, preferring the ageing and out of form Yaya Toure before him at times, why couldn’t Guardiola have named him on the sub’s bench? As Gary Neville observed, the experience alone would have done wonders for a young player but clearly the City manager didn’t feel the same, how disheartening if you are a youth player for the blue side of Manchester. Burnley boss Sean Dyche feels the Spaniard is deserting youth in favour of big money buys in order for a quick fix path to success, and judging by the three teams he has managed so far – those being money and instant success motivated – youth doesn’t appear to be on the radar at Man City as yet. Disappointing, and it could be damaging.

Ironically, across the city, on the same day Pep was panned, youth couldn’t have been more poignant. The 60th Munich anniversary was remembered by all at United in the closest home game to the date, and of course the Busby Babes were reminisced with great affection and talk was of how extraordinary this group of young players were that had been given the chance to shine by Busby. Compared to Guardiola’s lack of commitment to his youth team, it was quite incredible to see Jose Mourinho drop his club record signing Paul Pogba and replace him with a player who has moved through the ranks at Old Trafford, from youth team to first team; Scott McTominay. Not bad for a 21-year-old from Lancaster making only his seventh appearance for one of the biggest clubs in the world. Rashford and Lingard are still strong in Mourinho’s plans, as well as players like Axel Tuanzebe and Angel Gomes, both youngsters the United manager has had no qualms about playing in the first team. It would seem past criticism for not blooding youngsters is now something Mourinho is willing to do and enjoy at a club renowned for bringing through the ‘kids’.

Liverpool can never be condemned for not giving youth a chance, we all know of past successes; Gerrard, Carragher, to name a few, and currently Alexander Arnold is being given his chance from the Anfield youth team, and he is taking it with aplomb. Again, on the same weekend Pep couldn’t even name a youth player on his bench, this Liverpool teenager was making the right-back position his own. Tottenham also say it all when it comes to blooding the kids, as well as buying young English players then giving them their first team chance, Kane, Dele Alli, the pick of the crop so far, with more to come, but with clubs like Man City and Chelsea demanding instant results with big-money signings, what does the future hold for the England team?

The policies of some clubs in the Premier League does leave you wondering and worrying where the Three Lions will be in years to come. Some will say the under 17 and 20 success in their respective world cups indicates the future is bright, but only if these clearly talented youngsters are given the chance to shine with their club and, more vitally, the experience that the Man City manager was so reluctant to give when he acquired a space on his sub’s bench. A young player can have all the attributes in the world, but you wouldn’t call him up to the England team without having games under his belt for his club would you? If top clubs fail these kids, they could be forced to move to lower league clubs where playing at international level will be further away than ever.

One element of the English game, and some teams playing across Europe, is how many average foreign players they have in their side which is halting the progress of youth team footballers starting in the first eleven. If you look across the team sheets for the next match you watch, you can easily pick a player or two from overseas that could be switched for a budding young player. So, the foreign footballer may have the experience some would say, but surely seeing a teen flourish, the enthusiasm they have (which some players aboard lack despite their huge wages) would give any manager a buzz and the applause when they see that young player score the winning goal in the cup! Success! And that player cost you nothing! Sadly, not all clubs and managers can wait for the ‘flourish’ part to take place, if only that was instant along with the ‘success’…

The fear is the more pressure put on managers to succeed, and with more money than ever in the game to buy the elite players in Europe, youth team footballers are going to struggle in their attempts to step up to first team football. It is worth noting, the best things in life are free, and in football, youth is not wasted on the young, you just have to give them a chance to shine…