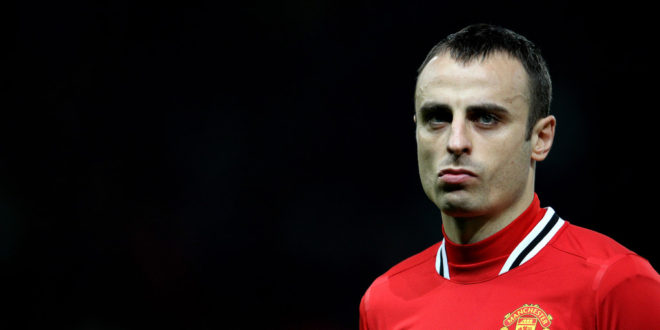 Weighing Up Swansea’s Gamble On Berbatov

Swansea City’s new American manager has agreed to quite some challenge. Having left Le Havre AC fifth in the French Second Division, Bob Bradley took charge of a side grappling with relegation to the Championship. Swansea City have flattered to deceive this year, repeating poor performances since the opening day victory over Burnley. Nine games on, the Welsh club find themselves sitting second from bottom following a 3-1 loss to Manchester United. And to think, Le Havre AC are now third.

Swansea’s 9 game winless slump is a serious cause for concern and needs addressing rapidly. It appears that it might require something special to help retrieve the Welsh club from the brink. Enter a tantalising rumour regarding Football’s favourite smoker: Dimitar Berbatov.

Though on the wrong side of thirty for an elite player, one would be unwise to question his ability. With the ball at his feet, the Bulgarian striker has never failed to play the beautiful game beautifully.  The 35 year old has acquired something of a cult following since gracing the Premier League in 2006. An abundance of cultured touches and a supreme awareness of the game around him portray something God-like on various Youtube highlight reels.

Players with those characteristics have more and more frequently left Swansea City. The shadow cast on the strength of the fist team squad by the departure of Wilfried Bony, Michu, Andre Ayew & Jonjo Shelvey has highlighted a deficiency of inventiveness, of players to make the difference. A case might be made for the signing of Berbatov, then. The weighty burden of creativity seems to hang heavy on Gylfi Sigurdsson’s shoulders. It might be hoped that this allows the Icelandic star to play with more support and less responsibility in a free role.

Is It Worth The Risk?

The Bulgarian international has been unattached since leaving PAOK last season and would take at least a month to get back to match fitness. Given their poor form so far, eyebrows have been raised over whether Swansea can afford a luxury player of that ilk. It is also with noting that Berbatov only managed to notch up six starts for the Greek team. There is no question of the Bulgarian international’s sumptuous skill and panache on the ball. However, getting himself fit enough to compete effectively for a Premier League side caught in a relegation scrap might prove a step too far.

The veteran striker is reaching the nadir of an illustrious career, having collecting two Premier League winners medals and twice reaching the Champions League final. Should Bob Bradley offer Berbatov a contract, the consequences will be his responsibility. A player not exactly renowned for his work ethic and off the ball contribution might well become passive in Swansea’s fight. A superfluous spectator is the last thing Bradley needs to add to the group.