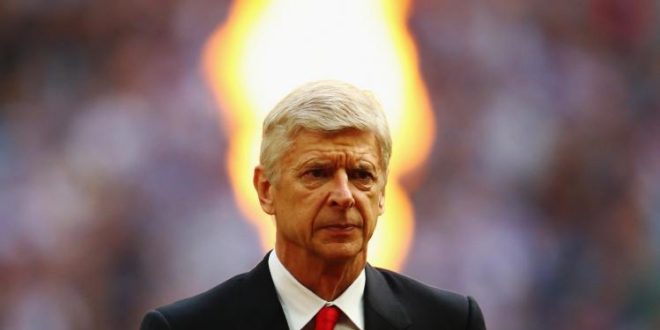 With critics calling for a heavy touchline ban, Arsenal’s season hangs in the balance.

Arsene Wenger could hardly contain his dismay when his side conceded a 92nd minute penalty to Burnley on Sunday. Though Alexis Sanchez rescued a win with virtually the last kick of the game, the long term repercussions for Wenger’s handbags with referee Jon Moss and fourth official Anthony Taylor could be severe.

As footyblog.net reported last week, the FA is set to relaunch its Respect campaign and the Frenchman may become its first major casualty. Ryan Hampson, the teenage referee who orchestrated mass grassroots refereeing walkouts in March, condemned Wenger’s actions saying, ‘I think Arsene Wenger deserves a touchline ban of at least eight games. He put his hands on the official and that was when there were cameras everywhere.’

If the FA does throw the rulebook at the Frenchman, he could miss this weekend’s FA Cup tie at Southampton as well as crucial Premier League clashes against Chelsea, Liverpool and reigning champions Leicester. The Gunners, numerically Chelsea’s closest title rivals, can’t afford any slip ups between now and May to claim their first League crown since 2004.

This isn’t Wenger’s first brush with the law. He famously avoided a 12 match touchline ban after pushing fourth official Paul Taylor in 2000 but, with the FA desperate to finally rid the game of such behaviour, surely nothing can save Wenger this time. Not even Alexis Sanchez.