Home » Footballers Wives » What is a WAG?

What is a WAG?

What is a WAG?

Although the term WAG started off as a derogatory term in nature, it is simply an acronym for Wives and Girlfriends of famous athletes, and now represents empowerment and independence in young women. The acronym has come a long way since it started in the UK, back in 2002, in regards to who can be considered the “Mother of WAGS”, Victoria Beckham; the wife of one of the most famous and highest paid athletes in the football industry, David Beckham. Since then, the acronym has made its way into the mouths of many across the globe; moving from British tabloids to television broadcasting.

A Little History of the WAG

As mentioned before, the acronym WAG was used to describe English footballers’ wives, particularly the globally recognized, David Beckham’s wife.

It all began in 2002 when British tabloids began using the term WAG to describe Victoria Beckham. The term was closely related to a derogatory nature, basically describing rich, footballers’ wives who advertised high-end fashion lines in their every day, public lives.

The term used to describe high-privileged women who married into large estates, created by the salary of lucrative football players. However, the once derogatory term swiftly shifted into a subculture of its own when David Beckham moved to the United States in 2007, specifically, LA, to play for the LA Galaxy. 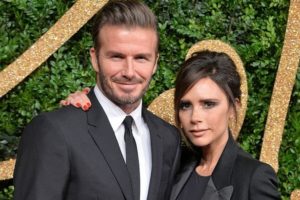 No one knows for sure, but it teeters on the border of obvious that WAGs found their place among the spotlight when Beckham moved to LA, as this spawned a television show called Footballer’s Wives (2007) which was based out of the UK. Once this happened, the media went rabid all over the world. With foaming mouths, television broadcasters hastily began to get a piece of the WAG action.

As David Beckham and his beloved Victoria Beckham brought this strange subculture to life, something that was probably not within their intentions, television shows began sprouting up across the globe. In America, the reality shows Basketball Wives aired in 2010.

Five years after the airing of Basketball Wives, Canada created a show called Hockey Wives (2015) to illuminate the everyday life of women who were either dating or were married to professional hockey athletes. Now, you would think, OK, this is enough. How much interest can the lives of professional athlete’s wives and girlfriends continue to dazzle the minds of viewers?

Well, the broadcasting of these women’s lives did not end there, as in 2015 America made another show called WAGS, which is now in its second season. This reality show reiterates how people deeply yearn to live in the imaginative, as they sit on their couches and watch those who they wish to be. Is this bad or good? That depends on how one looks at it. 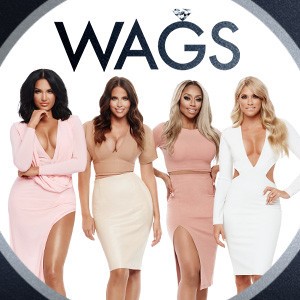 What Do WAGs Contribute?

Many people have come to know WAGs as a small group of women who have become very close with one another, primarily because there can only be so many WAGs, as the population of high-paid athletes is meager when put next to the overall population. Some may say that these women are just over privileged money friends who simply married into money with exotic style and unmatched natural beauty.

However, among the small group of WAGs, some of these women have begun to bring their skills and passions to the table. This has recreated the image of frivolous, hot women who simply take their husband’s huge bankroll and flash it in public and turned it into STRONG WOMEN who in some cases make MORE money than their famous husbands.

A lot of these women are independent, strong business women who have contributed to some of the most lucrative businesses and beneficial programs are known to history! These Wags strive to rid of the bad image that walks hand in hand alongside wives and girlfriends of famous athletes.

Their goal is to shift the image from money grubbing hotties to independent, powerful women. These WAGs reach to set an example to younger women that just because one marries a rich man, that the man is not what defines them; their aspirations and dreams are what should be seen in the mirror every morning. The following illuminates two WAGs who have, without a doubt, changed the direction of this acronym from negative to positive.

Venessa Cole is a great example of a powerful woman who is not driven by the bankroll of a here famous boyfriend, Mike Wallace, who plays for the Baltimore Ravens.

Now, from the outside looking in, this girlfriend seems to play the part of a WAG all too well. She is extremely hot, she models in high-end fashion trends, and she is a character on the television show, WAGS (2015), in the second season which goes into the lives of WAGs living in Miami. However, in interviews with this powerful woman, one can instantly see that her boyfriend’s salary does not drive her.

Venessa Cole is the mother of two, and a giant in the housing market, as she is responsible for the building of many homes in Houston, Texas. She is also starting a network called the Venessa Network that will explore business, fashion, and other such interests pertaining to the celebrity.

When interviewed by The Real MR. Housewife, she told the interviewer that the reason she agreed to be on the television series WAGS (2015), was to “shed women in a different light,” next to having some fun, as she goes on to explain that her line of business can be mundane.

Venessa Cole is a great example of a WAG who is transforming the derogatory term into one that can be related to strong, and powerful women.

Venessa Cole is a boss!

This WAG can be considered the “Mother of WAGs,” as her marriage to David Beckham was what initially started the whole WAG business. However, Victoria Beckham was famous long before David Beckham came around. Remember a little thing called the Spice Girls? Yes, that’s it, THE Spice Girls. Formerly known as Adams, Victoria Beckham was Posh Spice, voted the most popular Spice Girl by far. Following her career as a pop icon, she continued to release records, but here ambition did not end there.

Victoria, well known and recognized in the model industry, started numerous fashion lines as well. Victoria Beckham has been a BOSS long before she married into the term WAG, and many argue that she is much more of an icon than her superstar footballer husband, David Beckham. As far as income goes, well, Victoria is without a doubt the breadwinner in this relationship.

What Does It All Mean?

Well, in conclusion, the acronym WAG that exploded in pop culture nearly fifteen years ago, has changed a lot since those days. These are not just hot women who know how to spend their husband’s money and look great in popular fashion brands.

Some of these women are bosses themselves, as they have been successful business women long before their marriages to famous athletes. It is astounding to watch these women fight to change this term from, to be quite bleak, gold-diggers to independent, strong women.

WAGs have of recently switched up the game, all to empower younger generations; stressing that all women are more than just wives and have equal opportunities to become successful on their own. WAG is no longer a derogatory term, for now, it represents powerful woman WHO HAPPEN to be married to famous athletes.

I say, power to them. Young women, especially now with all the rotten examples of what a woman is presented in the media, need WAGs more than ever to find the inner power within.