Home » News » Where next for David Beckham 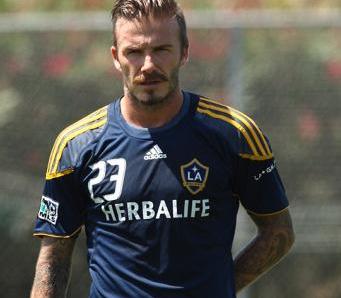 Where next for David Beckham

David Beckham has announced that he will be leaving American club LA Galaxy at the end of their current season, which will be 1st December after the clubs cup final game.
He stated that he feels ready for another challenge before retiring from playing, and Australian A League side Melbourne Heart have claimed that they’re ready to offer Beckham a 10-game contract in a bid to lure another top-name player to their league. David had recently said that he wasn’t interested in moving to Australia but this does seem like quite a logical move. The standard is likely to be similar, but with both leagues being quite similar I could imagine him looking for more of a challenge before stepping out of the limelight – it wasn’t too long ago (2009, 2010) when he was playing in Serie A for AC Milan on loan from Galaxy. 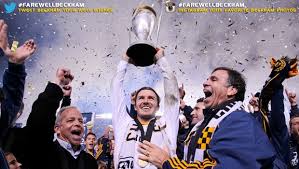 I think any club in the world would benefit from signing Beckham in terms of media limelight and extra revenue that is likely to be generated from having this superstar playing for their team, but if he was to join a good quality league then its unlikely that he’d ever feature more than as a substitute. But thats not to say that he couldn’t still do a job for the likes of a smaller Premier League side, and many people have suggested QPR as a possible English option should David want to return for another stint here. His arrival at Loftus Road would probably be a welcome distraction for their under-pressure manager Mark Hughes, who was of course one of Beckham’s idols at United as he was growing up. It remains to be seen whether Hughes would see the player as having enough pace to play in the Premier League again, although not an attribute David was ever blessed with.

I couldn’t imagine Beckham staying in America as he wants a new challenge so this would probably mean a European or Australian move. If he wants to continue in his vein of helping leagues get established then he may want to move to Australia. I wonder if the likes of PSG may want to bring him to the French league in a bid to raise the profile of the richest club in the world. This would reunite current PSG manager Carlo Ancelotti with Beckham again, with Ancelotti an obvious fan of his after bringing him to the club from Galaxy when with Milan. However many would probably see this move purely as a marketing stunt and PSG already have plenty of top-class players.

Looking at the options available to Beckham you probably need to look a little deeper than the playing side of the deal. When commenting on his departure from the American league he said that he doesn’t see this as the end of his relationship with the league as his ambition is to be part of the ownership structure in the future. In his contract with the league he has a clause allowing him to be involved in the ownership of an MLS expansion league later in the future. This means he’s likely to be looking at the coaching, scouting or management side of things later in his career so if a good club was ready to offer him a non-playing, executive type role within their club then perhaps that could persuade the player.

Whatever David Beckham decides we can all be assured that there will be a huge number of clubs chasing the player right now, desperate to be known as the club that he ended his glittering career with. Whatever decision he, his wife, and his management team makes, you can be sure that he’ll continue to remain the ever-professional, humble and talented guy that has made him the name he is today.