Home » News » Why is Real Madrid Known as los merengues? 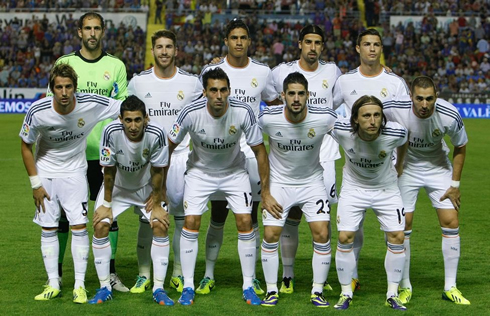 Why is Real Madrid Known as los merengues?

Yeah, where exactly did that Spanish Primera team get their name from? Why is Real Madrid known as Los Merengues?

Thanks to Wikipedia and some over research expertly carried out by myself (thanks Google!), I can safely say that Real Madrid got the nickname los merengues as an apparent gastronomist saw the resemblance between their all-white kit and the lovely French dessert – and the nickname has stuck ever since.

There is also a common belief that the term was first coined by the media in 1913, 11 years after Real Madrid club was founded, and when this term was used on the radio there weren’t many other media outlets covering the game back then – just one (Radio Nacional de España) so nicknames stuck to teams. Colours were obviously quite important when it came to covering a team whilst on the radio, and the whites (or Los Blancos) was often used alongside Los Merengues.

Contrary to popular opinion, its nothing to do with the music, thankfully, or the dance. 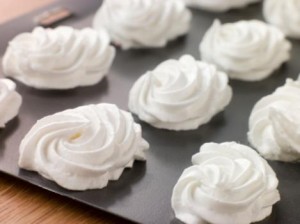 Here you can see a genuine merengue, which is defined as “A type of dessert, often associated with Swiss and French cuisine, made from whipped egg whites and sugar, and occasionally an acid such as cream of tartar or a small amount of vinegar…” – just in case you didn’t know!… 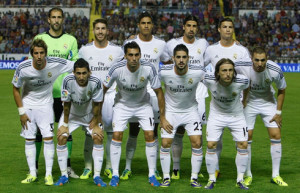 Personally it’s not so obvious seeing the resemblance, but for whatever reason the nickname Los Merengues stuck with Real Madrid. They’re also otherwise known as Los Blancos (obvious reasons, blanco = white), Los Vikingos (The Vikings) and are known by a whole load of other terms by fans of Barcelona and Atletico Madrid, but we won’t go into that one today…
So there you go, the reason why Real Madrid are known as Los Merengues.