Home » News » Winter Break – Out in the cold or warmed to? 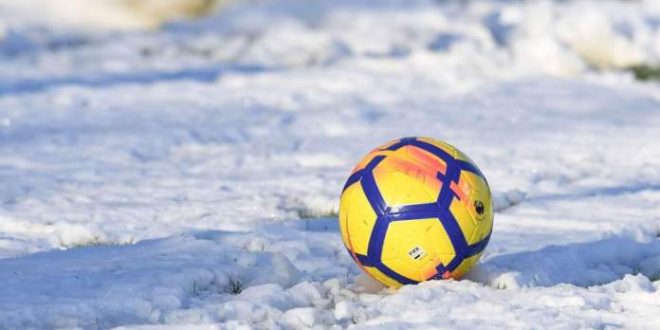 Winter Break – Out in the cold or warmed to?

After much debate and many years of suggestion, a winter break has finally been decided for the Premier League starting during the 2019/20 season. Many were keen on this idea, but now it is a certainty, will fans feel differently towards an interruption in their football season and do our players really need a break? It will of course of be a case of ‘suck it and see’, many questions will be answered once the break is up and running but until then the pros and cons of a winter time-out from football will be debated, so will a winter break be met with a frosty reception or will it go down like a nice hot toddy…?

The first item to note in this new chapter in Premier League history is the break is slightly different to the one used across the European leagues. La Liga and Serie A, amongst others, have a strict complete two weeks off where not so much as a stud on a boot touches the pitch. No football for a fortnight, end of, where as in the English game, the intention is to have a five games on, five games off break where half the matches in the league are played one week and the other the next giving players a full fourteen days off but from a fans point of view, this sounds like a winner. We will still be able to watch football, even if it is not your own team, but at least there is not a complete shut down for supporters who long for their weekends of a football fix. 1-1 – happy fans, happy players – or are they?

Footballers in the Premier League have been playing without a winter break for over twenty five years, albeit, the game has changed over the years – higher demands for success, fixture increases and more international games. Even so, players are fitter and have facilities at the highest level nowadays to have the stamina to withstand the modern day demands although mental fatigue can play its part perhaps. General burn-out whatever your fitness level is also a possibility, aside from this, can a break maybe hinder a player than do them more good?

When your team are on a winning run or if certain footballers in the side are in good form, the last thing they want is a break in play. Time-off from the game can sometimes halt that form, stutter their play perhaps. On the other hand, if teams and players are struggling in the league, they may prefer a break, recharge the batteries, start again – or would they rather carry on? Forget having a break, try and play their way into form? It’s an interesting debate, and one that could potentially effect league positions by the end of the season.

A plus for managers and coaching staff during the new winter break is to pack in extra training, perhaps in sunnier climates. Team bonding as well as additional coaching with a break aboard will now be made feasible. this can only be a good thing, right? Some would argue the sun on your back may be nice but with all the training in the world there is nothing like proper competitive match play.

A negative for fans it yet another break in play, although as mentioned the fixtures will be split over two weekends, but it does create an extra ‘stop – start’ time out to add to the already four international breaks thrown into the football calendar which halts domestic football. However, with the winter break being at a time in the domestic season when the Christmas period throws up a packed exciting fixture list, would a little break in play feel all that bad with this to look forward to? Also, it has been confirmed the third round of the FA cup will be played mid-week with no replays, could this be the shake up this competition needs? This announcement does sound quite enthusing for the club football fan, something different to look forward to after the break, a change for the good? It could work both in supporters favour (no extra money to pull out on traveling and tickets for FA cup replays is another plus) and players, one less match in what could be a growing fixture list of congestion.

It would seem the new English football winter break has thrown up both pros and cons for managers, players and the fans of the game, the time-off appears to work well in the European leagues so it will be interesting to see come winter 2019 if the football break will be left out in the cold or warmed to like a nice half-time Bovril (just without the half-time bit…)