Home » News » 10 Of the worst Injuries In Football 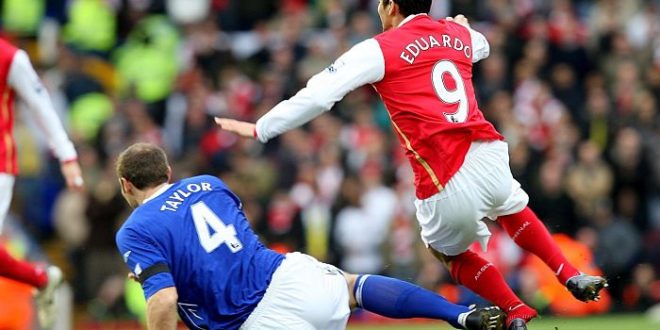 10 Of the worst Injuries In Football

Today we’ll drive you through the ugly side of the most beautiful game on earth. Prepare your stomach and mind for the worst injuries in football of all times.

Football is a sport of skill, speed and physical contact; it can be said that those are the three main ingredients to cook a great football match.

But sometimes, the physical contact ingredient exceeds the other two and we get these horrible accidents on the pitch.

Some players have never been the same since those injuries; there are ones that dropped their level while others even had to stop playing football.

These 10 players listed here might still have nightmares of those injuries, some of them needed physical and mental recovery to get through it and come back to the game.

Fortunately, the most of them could recover and play for a long time.

Warning, this article contains strong images; some of the pictures or videos are really explicit and is not recommended for children to see them without parent supervision.

There have been tons of injuries in football, of any kind that you can imagine. We selected what we thought were the top 10 worst injuries. So let’s go.

10 of the worst Injuries in Football

On 14 August 1982, Lienen suffered one of the worst injuries ever when Werder Bremen’s defender, Norbert Siegmann, tackled him in an attempt for stopping the attack of Arminia Belifield.

The result was Lienen right thigh wide open due to the slit of one of Siegmann’s studs.

The image is spine-chilling, the muscle and the femur were completely exposed by the deep cut.

The wound required 23 stitches to close and heal.

Lienen came back to practice just 17 days later, what a warrior he was.

Totti is a living active legend of football.  He has achieved so many things in the game.

We are lucky of being able to enjoy Francesco’s football through all these years.

Once he got fouled so hard by a tackle from behind that he even needed surgery to recover.

We’re talking about his broken ankle on Frebuary 19 2006 against Empoli.

But Roma’s physiotherapist managed to recover Totti’s ankle before the World Cup, he returned 2 month and a couple days later to the pitch.

We can still watch Francesco playing at his 39 years old. What an amazing guy.

Recommended for you: The top 5 of Bearded Footballers Ever

The Venezuelan maestro has had a formidable career. Scoring and assisting important goals for his clubs and country.

The best players are always the preferred targets of dirty players. Javi Navarro of Sevilla FC had everything calculated during his match against Mallorca.

Navarro knocked Arango with his elbow so hard that the Venezuelan convulsed and ended up having facial surgery.

He got several fractures in the bones of his face, an exploited lip and brain contusion.

One of the worst injuries in La Liga. Navarro should have reconsidered his career as a UFC fighter.

Was there a time when Cech didn’t use a helmet? The answer is yes.

Until October 14 of 2006 Cech looked like any other football player. But that day he almost dies in the field.

It was on a game against Reading at Madejski Stadium when Petr got rocked in the head by Stephen Hunt’s knee.

The Czech player suffered a depressed skull fracture, making it one of the worst injuries ever.

This injury happened on the first minute of the game. Cech was taken off after receiving first aid on the field.

He was replaced by Carlo Cudicini, who got KO in the same game. John Terry had to get the gloves to play as goalkeeper the last minutes.

Belgian former striker, Luc Nilis, was at the top on his career when he joined Aston Villa on a Bosman transfer in july 2000.

He played just 3 times for Villa.

On his third game against Ipswich Town, Nilis collided against goalkeeper Richard Wright, which ended up in a double compound fracture.

Nilis then got an infection on his fractured leg and was forced to stop playing football.

He is a manager now. 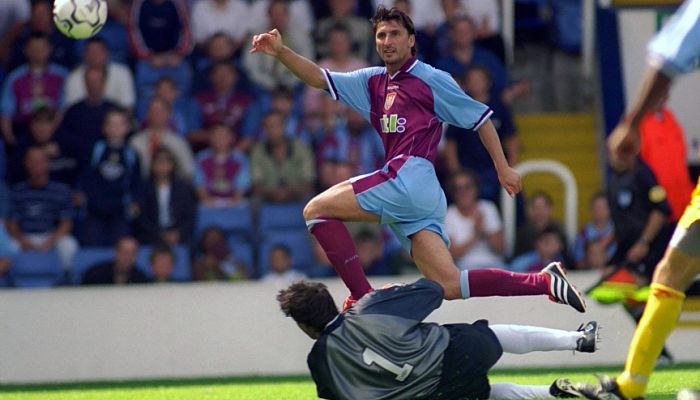 Recommended for you: Top 10 Expensive Cars of Footballers

Cisse is the only member of this list who has had 2 of the worst injuries ever. He broke both right and left leg.

The French former forward of Liverpool and France had some kind of magnet for injuries, especially fractures.

His first accident occurred playing against Blackburn Rovers on 30 October 2004 during an EPL game.

Cisse tried to challenge a ball against Jay McEveley when his left boot got caught in the turf and his tibia and fibula broke.

He later would fracture his right leg playing for France against China on 2006.

You can see what happened in the video below.

Eduardo was having a great season with the gunners until that fatidic day when Martin Taylor of Birmingham City tackled him and sent him directly to the hospital.

Eduardo suffered an open dislocation of his left ankle and a compound fracture on his left fibula. He was taken immediately to surgery.

The nature of the injury was so graphic and disturbing that the Sky Sports decided to not show replays of the tackle.

Arsene Wenger called for a lifetime ban from football for Taylor after the brutal incident.

One of the most remarkable players of Sweden`s history.

Henrik Larsson was having a great season with 8 goals in 9 league games when he had one of the worst injuries in football.

It happened on a UEFA Cup tie against Lyon on 22 October of 1999 when he challenged a ball against Serge Blanc.

Larsson spent 8 months outside the turfs due to a compound fracture. He almost lost his career, but fortunately he recovered and became a legend. 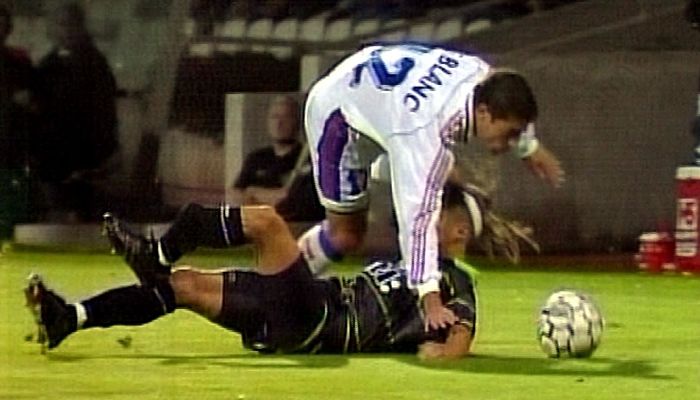 This horrible injury took place on 30 August of 2009 when Wasilewski and Standard Liege`s Axel Witsel made a challenge for the ball.

Witsel stepped on the leg of Wasileski while the Polish was trying to tackle the ball.

He suffered an open fracture of tibia and fibula. Witsel was sent off and suspended for 8 games while Wasilewski underwent corrective surgery.

It took 9 months for Marcin to play again.

David Busst busted his leg on 8 April 1996 during a game against Manchester United.

On a corner kick, Busst collided against Denis Irwin and Brian McLair, he broke his leg so badly that he had to retire from football.

His shattered leg was fractured extensively and needed surgery, but in the hospital he contracted an infection that almost required the amputation of the leg.

The accident was so horrible that goalkeeper Peter Schmeichel vomited on the field after watching Busst`s leg.

David Busst had 26 operations on his leg.

This was 10 of the worst injuries in football.