Home » B*llocks » 5 Things to Do During an International Break. 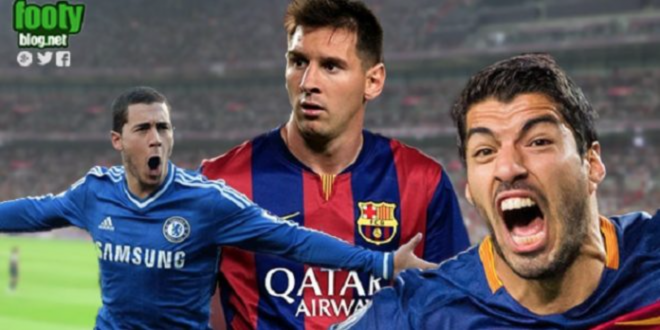 5 Things to Do During an International Break.

Yes, dear friends, it is that dreaded time again. A gloomy, unforgiving time. A painful two week period hidden in plain sight on any footballing calendar. A time that lurks ominously in the background, watching as we joyously indulge in the marvel of club football, waiting for its time to strike.

We all knew it was coming, we knew months ago when the fixtures were released, but if we are all honest with ourselves, we were not prepared for it. The international break has descended and with it, darkness. Oh, how we took this last weekend for granted.

If you are one of the many football fans feeling lost right now, fear not, here at Footyblog we have compiled a list of things for you to do during these difficult times.

Not ideal, I understand, but the fact that many of the fixtures being played over the next two weeks are World Cup qualifiers might add a somewhat competitive aspect to the international break. One can hope right? Also, who wouldn’t want to watch England struggle to break down the mighty defences of Malta and Slovenia.

The release of FIFA 17 comes as a near blinding shard of light through the seemingly impenetrable darkness. Stay home, shut the blinds and get lost in a world that is the closest thing to the reality we so crave during these two weeks. Don’t worry about going to work either, there is nothing to talk about there anyway due to the absence of club football. If you can’t afford FIFA 17, then you have a painful conundrum on your hands. FIFA 12 wasn’t half bad though, and it might be refreshing to play with Didier Drogba again.

Remember those people, your family and friends? Now would probably be a good time to pop over and pay them a visit, mainly because you don’t run the risk of missing any of the good footy while you are sipping tea or warm beer in a poorly decorated sitting room. Plan your days well and you could get as many visits out of the way as possible before the glorious return of club football.

Not one of those people who can complete a rubix cube in 20 seconds? Me neither. Now, however,  is your chance to learn! there is a world of possibilites out there. I learnt how to bake a decent chocolate cake in the last international break (which I have not made a single time since and have probably forgotten how to do it). I hear the violin is pretty simple.

5.  Pray, fast and meditate for the safety of your clubs players.

Ask a football fan what the longest period of time they’ve held their breath for is, and more often than not the answer will be “the entire span of an international break”. There is nothing more galling and frustrating than hearing that your star player has been injured in a friendly against the likes of Namibia or Lichtenstein.

This is the point of the international break where mobile phones often get thrown against walls, and televisions karate kicked into non-existence.

Hopefully, these few tips will offer some respite from the relentless tedium of this cursed international break but we can only do so much. Our thoughts are with you all.