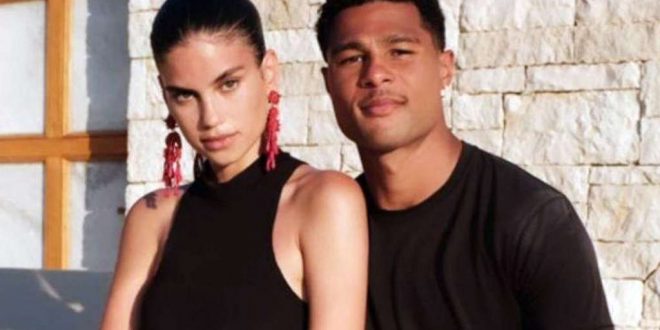 Serge gnabry 26 years-old winger is not in any relationship presently. He has been in a very decent form in the recent seasons. There are some gossips around on social media that his ex-girlfriend Sandra Jerze might be the reason for gnabry fabulous performance.

Serge Gnabry and Sandra Jerze started dating in early 2020. They held their relationship hidden from the world till July 2020, but it became official after Sandra posted a charming picture of theirs on Instagram, in which it could be clearly seen that the couple is enjoying their vacations in Greece.

Unfortunately, the good time did not last much longer for the couple. In January 2021 they had a fight at gnabry’s house, it was proclaimed that Sandra was forced out of gnabry’s house in Harlaching by the police. The conflict among them happened after Sandra explained Gnabry about her pregnancy. But Gnabry did not believe that he is the father and instead asked her to leave, however, she ignored him, hence the police.

After the incident, both unfollowed each other on Instagram after deleting their photos together. Fans were quite pleased with the couple’s relationship, so it was certainly a piece of tragic news for the fans.