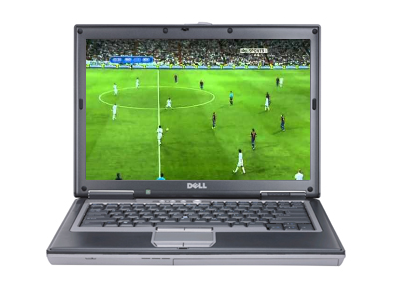 Spain face Portugal in the first of the Semi-Finals of the Euro 2012 competition in what is sure to be an epic battle between two nations with a very fierce rivalry. Spain have been the dominant force in European and World football of recent years, something which Portugal will not have been impressed by, and so the Portuguese now have a chance to put Spain out of the Euro’s and to try and claim their first silverware.

You can be forgiven for thinking that Cristiano Ronaldo is the only player in the Portugal team, such is the media coverage that his name generates, but it is true that if Portugal are to progress beyond Spain then they’ll need their star man to step up to the mark and provide some goals. I’ve not been overly impressed by the other attackers of Portugal, the likes of Nani is far too inconsistent for me, and his decision making at times is poor. Postiga, who will miss this game through injury, has looked decent at linking up but never really much of a goal threat. His replacement, Hugo Almeida of Besiktas did little to impress when coming on as a sub for Postiga but he is likely to keep his place in the team.

Spain meanwhile have received a fair brunt of criticism from fans and the like during their performances in Euro 2012. Personally I don’t understand their decision to play without a striker, as I feel they lack a cutting, clinical edge that a striker gives them. Too many times they’ve reminded me of Arsenal in the sense that they over-pass, when they should be taking a shot at goal. I think this is what midfielders the likes of Xavi, Iniesta and Fabregas do – they’re all perfectionists, they went to score the perfect team goal, and because their mind is so highly tuned to picking a pass and playing the ball early they perhaps miss the opportunity to strike on goal. They lack a greedy striker, perhaps Del Bosque isn’t in love with Fernando Torres right now, but if this is the case then why not give Llorente a chance instead? I can’t imagine it does much good for morale, especially for Torres, when your manager opts to play a midfielder in your position.

I’m hoping that Spain don’t just sit back and play boring football, a label which Andres Iniesta has been quick to dismiss in the press recently. I feel theres no smoke without fire, and something must be amiss within the Spanish team for them to want to play this way. I can understand the likes of Greece, and to a certain extent although I don’t agree with it England playing this way, as they don’t have the technically gifted players to allow them to play possession-based football, but when you’ve got arguably the best squad in world football then I feel Spain have no excuse to play the way they do. Okay this may be a bit over the top to compare them to Greece, who simply defend for 89 minutes and attack for 1, whereas Spain hold the ball and wait for their chances, but I always favour the side which plays attacking football and in this match I expect that to come from Portugal unless Del Bosque mixes things up.

Spain are yet to face a side which have attempted to attack from the off, and I’m hoping this is what Portugal offer them tonight. When faced with Italy Spain were content to hold the ball, and again with Croatia and France, but with Portugal unable to really alter the way they play I think it will be interesting to see how Spain adapt in the competition. Portugal will need Nani to be at his best, as well as Ronaldo, but they’ll also need their solid defensive partnership of Pepe and Bruno Alves to keep Spain at bay.
Footy Blog’s prediction: Spain 1:1 Portugal with Portugal to win on penalties.