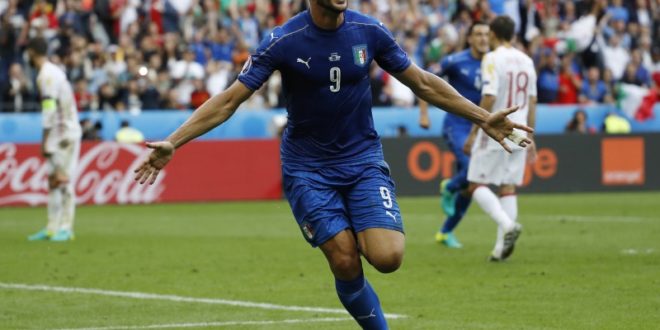 Heading into Euro 2016, expectations for these two nations could not have been further apart. With the Italian side being dubbed, “the worst Italy team in 50 years” by the media, there were even fears among the supporters that the team would struggle to qualify out of the group, and that a failure in the Euros, combined with their poor showing at the World Cup in Brazil, could highlight the start of a barren period for the national team, after years and years of enjoying some of the greatest talents in the game in recent time.

Meanwhile, if Italy were about to vacate a seat at the table of the world’s best football teams, Belgium were eagerly looking fill it. While Belgium has produced some undoubtedly very talented players, they have lacked a presence on the world stage since the 80’s and late 90’s, and it is telling that when Belgium qualified for the Brazil World Cup, their manager Marc Wilmots had still been captaining Belgium at their previous World Cup, twelve years ago. But this particular generation of Belgian players, with a large proportion of those playing in the Premier League, topped their qualifying group and had come off a decent showing in the 2014 World Cup, losing to eventual finalists Argentina in the quarter final. And although FIFA World Rankings should be taken with a fair pinch of salt, the fact that Belgium were ranked 2nd in the world and the highest ranked European side provided a decent indicator of the quality of the squad, and the subsequent high expectations.

Yet despite all of the above, both these teams reached the same stage of the Euros, the quarter final, and Italy even beat Belgium during the group stage. On paper, two sides with a large difference in quality reaching the same round, but to throw in another cliche alongside,”Golden Generation” and ” Worst team in 50 years”, it is worth pointing out that “games are played on grass not paper”. So what exactly caused this remarkable situation?

A difference in managerial class

Without doubt, a dominant reason for Italy’s success and Belgium’s failure was the performances of their respective managers. It is hard to argue any case for Wilmots against Antonio Conte, because in almost every department, Conte outperformed him.

Tactically, Conte was bold where Wilmots was timid. Conte’s ‘3-3-4’  yielded very strong results, and further underlined one of Conte’s best qualities, his ability to find a formation that best serves his personnel. It was always very likely that Conte would play a back 3, as the Juventus trio of Leonardo Bonucci, Andrea Barzagli and Giorgio Chiellini, with the ever-present Gianluigi Buffon behind them. However,  his decision to play 2 strikers up front was a stroke of real tactical genius, as it allowed the ball playing skills of his central defenders to shine, as they always had an option to hit the long ball forward to Pellè or Éder, which then brought the midfield into attack very quickly, which could unsettle defences very effectively. Conte’s recognition of how best to utilise the players at his disposal was highlighted in the midfield. He played Danielle Di Rossi as the most defensive minded midfielder of the central 3, with his positional awareness and discipline providing the cover for both Giaccherini and the two wingbacks to bomb forwards. He would occasionally drop even further deeper, allowing one of the 3 central defenders to push out aggressively to try and intercept the ball in order to launch a counter. Italy’s match against Spain epitomised all the positives in regards to this formation, with Italy’s direct football bypassing the Spanish midfield, and getting in behind. However out of possession the back 5 proved exceptionally difficult to break down and the running of Giaccherini and Parolo prevented teams throughout the tournament from having comfortable possession in attacking areas.

Wilmot’s choice of a 4-2-3-1 did not appear unreasonable initially, as it is currently one of the most used formations in world football and when deployed correctly can offer offensive potency with defensive solidity. However, looking at the personnel Wilmots had available to him, it would appear that actually this formation was not the one that he should’ve used. Firstly, a 4-2-3-1 has heavy reliance on the fullbacks to provide width for the attack, as the wide players in the 3 will often drift inside to combine with one another. Considering that Belgium’s bogey positions were fullbacks, with the inclusion of Jordan Lukaku highlighting the lack of depth in this position, it seems surprising that he would use the 4-2-3-1 when he started the tournament with two centre halves in the fullback positions. Furthermore, a 4-2-3-1 requires the wide players in the 3 to track back a bit more than the wide men in a 4-3-3, and when your two best players are your left midfielder (Eden Hazard) and right midfielder ( Kevin de Bruyne), it seems surprising that he still went with Fellaini alongside those two as a number 10, which actually led to confusion in the Belgian side in the first game, as it was not clear whether Fellaini’s role was to get up behind Lukaku or drop deeper and form a midfield 3. The formation often appeared to be very vulnerable to attacking width, highlighted in their game versus Italy where Antonio Candreva had a field day, and Wales’ two goals from open play against them came from crosses. The formation worked very well for them in games where the opposition did not offer too much attacking threat, but when they were needed to be compact without the ball, they quite simply were not capable of defending properly.

Again, Italy’s match versus Belgium in the group stages that summed up the countries’ campaigns. Italy, empowered by the frankly lunatic Conte at times, ran themselves into the ground in almost every match, except the formality versus Ireland after they had already topped the group. They had belief and desire throughout, and there is no shame in losing to the Germans in a penalty shootout (unless you are Simone Zaza or Graziano Pellè). Giaccherini covered just shy of 13km against Belgium, an unbelievable stat which shows how well motivated the Italians were.

On the other hand, the Belgians just appeared to be content to let the game pass them by at times. Often when the going was good the team would produce its best football, but during their worst performances, it was their big name players, particularly de Bruyne at times, who would just appear to not want to get involved. The same could be argued of Wilmots himself, who often cut quite a quiet figure on the touchline, as opposed to the exuberent Conte. Not that he will be too worried about all of this tournament, as it turns out that the Belgian FA cannot afford to terminate his contract.

Ultimately, this tournament will likely be gone from memory before long, as both teams will both look to have better tournaments in the near future, but it is still interesting to reflect that during this tournament as a whole, teams with spirit have usurped teams with greater technical ability, and this is only one example, and it is much easier to write about Belgium and Italy than England and Iceland, shudder. 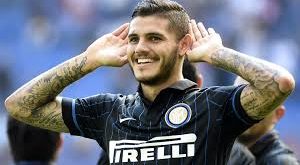 There are no obvious shocks as the Serie A approaches the halfway mark, with Juventus …