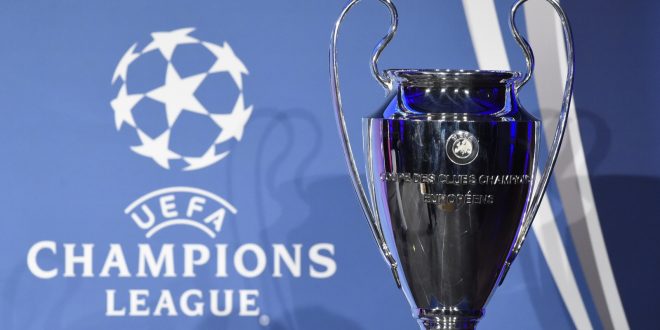 Two rounds in, the 2017/18 Champion’s league competition is well and truly back. The famous anthem, the special mid-week night games played under the floodlights, the atmosphere and, most significantly, Europe’s best teams battling it out on the pitch and giving football fans a super spectacle. This term sees the usual suspects and the Spanish big guns going for glory once again; Real Madrid and Barcelona, while Italy’s Juventus will be looking to make amends for their defeat in the final last year by winning the trophy in May. Incredibly six British teams contest the competition at present making the Champion’s league the football tournament to compete in and watch once again. The bookies have their favourites, the fans, pundits and media have theirs, so let’s take a look at the pick of the Champion’s league and who has a realistic chance of European glory.

Odds on favourites to lift The Champion’s league trophy – Real Madrid
Of course, The Bernabeu club and 12 times European champions are everyone’s pick to become Champion’s league winners come May and make it a very lucky 13 times to have lifted the glorious trophy. There is no doubt they are the team to beat having won the competition three times in the last four years however, Real’s La Liga form has been inconsistent, they are already off the pace in terms of their rivalry with Barcelona and the Nou Camp club are sitting pretty at the top of the table, so is the Champion’s league the best chance of glory for Ronaldo and co? Despite selling Morata, Rodriguez and Danilo during the summer, Real Madrid still have an incredible squad and have brought in defender Theo Harnandez and Ceballos in midfield to add to an already spectacular team. It will be hard to stop them, and no doubt with the usual impressive front line of Bale, Ronaldo and Ramos and with midfielders Isco and Kroos thrown into the mix, the goals will be flying in, but will it be enough to take the Spanish giants all the way to another Champion’s league title…?

Second favourites to lift The Champion’s League trophy – Bayern Munich
Winners of the 2013 competition, all German sides are difficult and dangerous teams but none more so than Bayern Munich, but have the bookies been a little hasty installing Bayern as second favourites this season? The German club’s latest manager, three time Champion’s league winner Carol Ancelotti has recently been sacked after an unsatisfactory start to the domestic season, on top of currently being manager-less, one of the teams most important star players, and possibly a challenger for best goal keeper in the world, Manuel Neuer has broken his foot and will be out injured until the new year. These are testing times for the five-time European champions. However, with players in the side including Arjen Robben, Mats Hummels and Robert Lewandowski, if any club can show mental and physical resilience and a determination to win, it is Bayern Munich.

Joint third favourites to lift The Champion’s league trophy – Barcelona
The Catalan giants can never be discounted as potential Champions of Europe, some would put them as joint favourites alongside Real Madrid, but having gone out of the competition at the quarter-final stage in the last two seasons, there are no guarantees the Spanish club can rekindle their form that last won them the trophy in 2015. A lot of changes have occurred at the Nou Camp in the last few months – a new manager in Ernesto Valverde, Neymar leaving for PSG, Dembele signing from Borussia Dortmund as well as losing out to their main target Coutinho, a settling down period could be in the offing, but this is Barcelona with Messi up front, they don’t settle for anything less than winning, so on that basis, and judging by their start to La Liga, the likes of Messi, Suarez and Iniesta could easily add to the clubs five European trophies next May.

Joint third favourites to lift The Champion’s league trophy – Paris Saint-Germain
A mega-money takeover and a staggering world-record signing in Neymar, the Champion’s League is the final part of the jigsaw for the French champions and the trophy the club are desperate to get their hands on. With stars in the side like Angel Di Maria, Julian Draxler, Dani Alves and of course Neymar, PSG have all the makings of a European winning team but can they improve on four quarter-final appearances? Last year’s stunning second leg 6-1 loss to Barcelona after winning 4-0 in the first leg showed the Paris club’s flaws and lack of attributes needed to go all the way in the competition, however, with new class signings and an incredible amount of money spent could we see the Champion’s league trophy making its way to the French capital?

The bookies have their chosen top four but anything can happen in a competition where thirteen gruelling matches are required to become European champions and other sides have to be considered along with the teams above. Juventus and Atletico Madrid will certainly be the sides to watch out for and have the capability to push the top clubs all the way, along with the two Manchester clubs and Chelsea being the pick of the English sides who could potentially make the final. Whatever happens between now and May, whether it be one of the favourites or an outside bet that ends up lifting the great trophy, one guarantee is this year’s Champion’s league competition is going to be a thrilling spectacle with star studded talent on display. Bring on the flood lights, the iconic anthem and the best players and clubs in Europe all gunning for Champion’s league glory…