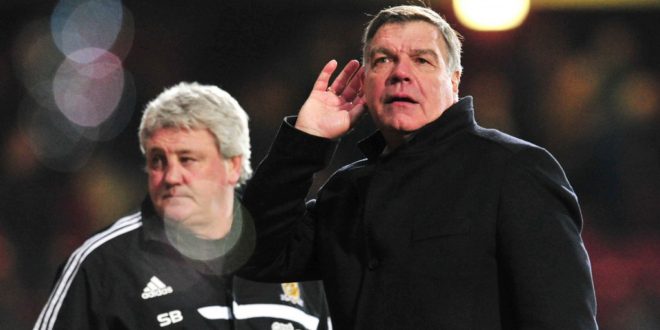 Can Sam Allardyce lead England to international glory? Let’s take a look at some of his finest quotes to gauge whether or not he is the right man for the job.

“There are scientists who will tell you that spirit – because it can’t be measured – doesn’t exist. Bollocks. It does exist.”

If Euro 2016 taught us anything, it’s that spirit goes a long way in international football. Wales proved it, as did Iceland and Portugal, and Allardyce’s track record of helping teams to avoid relegation suggests that he knows how to galvanise a group of players.

“The lingering long-ball sh*t, the old style, all that rubbish that’s never been me and never been a part of what I am.”

Newcastle and West Ham fans alike were never too keen on his apparent ‘long ball’ tactics, but according to Allardyce any accusations of route-one football are simply untrue. Given that the FA requires England to win every game whilst playing like Barcelona, he will need to prove his doubters wrong.

“There were no PowerPoint facilities at the interview venue, so I had to print off hard copies for the panel. So much for the progressive FA.”

Allardyce’s first interview with the FA was marred by the fact that he couldn’t show them a PowerPoint presentation outlining his plans. The fact that the FA are willing to give him another shot, however, suggests that he came close to convincing them first time round.

When Swansea’s Chico Flores rolled around in supposed agony in front of a disbelieving Allardyce, the then West Ham boss reacted brilliantly by erupting into a fit of mock-laughter. Clearly prima donnas will not be tolerated.

“I’m not suited to Bolton or Blackburn; I would be more suited to Internazionale or Real Madrid.”

Allardyce has self-belief in abundance. If he can instil this kind of confidence into the England players, the FA could be on to a winner following a (quote Hodgson) “damaging” tournament.