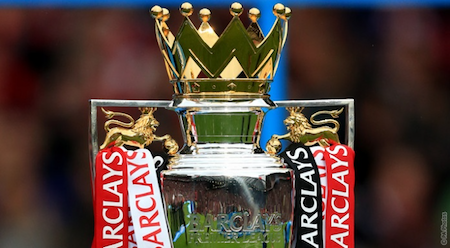 It’s week 23 of the Premier League campaign and it’s about time to start a discussion regarding the possible winners. The situation is somewhat surprising and not many people actually expected the table to be looking like this:

Let’s get the obvious team out of the way first. Chelsea has been dominant all season long and that is if we put it lightly. The table suggests that they should be able to bag this one easily. Possible problem: Chelsea lost three out of five matches to direct competitors this season. Their next game is away at Liverpool, and right after that, they are welcoming Arsenal. Dropping points in one or possibly even two of those games could prove catastrophic to team morale. This is especially true amidst all the Costa trade speculations that have been emerging. His lack of respect for the club could also prove to be a big problem going forward. So, as dominant as they were, Chelsea still have their work cut out for them in the coming months.

Next up is Arsenal. If the last game is anything to go by, things are not great at the Emirates camp. Arsene Wenger has never been the one to shy away from the spotlight. However, his recent antics against Burnley will more than likely mean he will watch the next couple of Arsenal’s games from the stand. That can prove to be detrimental, but it also can be a boost for the team’s morale. Wenger has been banned three times over the span of one year, making him miss six games. Arsenal won five of them. More unsettling for Gunners fans is the trend of them bottling it for the last decade now. Last year they were also in second place just three points behind Leicester, and they barely got 4th by the end of the season. Maybe this time they really do have what it takes to get their act together and end the second half of the season on a high. Apart from the Week 24 fixture against Chelsea, they have a few easy games ahead. That could really give them the necessary push to challenge Chelsea for the top spot.

Tottenham quietly had a spectacular season so far this term. They have the least amount of defeats, and if only a few of their draws finished differently, they would be the ones standing atop the table. With in-form striker Harry Kane at the helm and a couple of easy games against Sunderland and Middlesborough respectively coming up, they could set themselves up for a serious title challenge. They should definitely keep an eye on Chelsea’s next few fixtures. Tottenham have been around the top 4 spots in recent years, but this season they are more of a favorite than a dark horse.

Liverpool fans could quite possibly be the unluckiest ones for the past few seasons. Ever since Gerrard’s slip, they seem unable to get their act straight. Their next fixture is against Chelsea and if I were in the shoes of Liverpool’s players, I wouldn’t have the nerve to let Klopp down as they did against Swansea. That man is scary enough as it is, you don’t need to add bloodshot red eyes and fumes coming out of his nose into the picture. The trouble for Liverpool is that Klopp still hasn’t been able to create a team roster that can play his high tempo, total football style of play he had so much success with at Dortmund. They have games against Chelsea and Tottenham coming up in the next three weeks, and if they want to salvage any kind of chance for title contention, they have to win those games. And not to forget, Liverpool never won the Premier League title ( in this form).

The last two teams I want to mention are Man City and Man United, both of which have been huge let downs, for me at least. Big name players and manager signings haven’t gelled satisfying results. Worryingly, there are no inclinations that they will in time to mount a serious championship run. Mourinho is a difficult man and he has the egos of Ibra, Rooney, Pogba to deal with, and that can be his excuse. They have a great team and with a few additions to the midfield, they could be serious contenders next season, because this one is almost out of reach. But what about City? They are ahead of United, but with a manager like Pep and all the money in the world, 5th place is nowhere near good enough. And the problem is that there aren’t really any viable excuses for the failure.

The Manchester duo has a quite light schedule coming up, City against West Ham and Swansea; United against Hull and Leicester. Easy games on paper, but if we learned anything from the “Leicester season”, there is no such thing as easy points when you are under pressure.

So who wins Premier League and should you bet on it?

The smart but rather pointless bet would be on Chelsea. Realistically, it’s theirs to lose (Costa could help, though), but with the tough schedule, there is no shred of value in this bet. And to be completely honest, there might not be a single smart bet in this market atm. All of the top four teams are still in with a chance, and my money is leaning towards Arsenal, just because they have been in this situation before and it was always something. I don’t believe Tottenham has what it takes to close the gap, but then again, who saw Leicester winning it all last year.

All I can say for sure is that I cannot, with a great deal of certainty, guess the winner of EPL this year. It definitely will be one of toughest seasons we had in a while. My advice is that there is no smart money in this market, but that never stopped me before. But, who knows, I’ve been known to be wrong before.

Odds were taken from Bet365 on the EPL outright winner market.